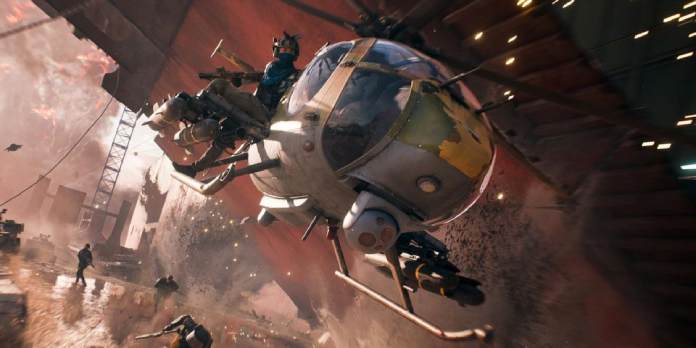 The most significant improvements in Battlefield 2042 Update #2 are helicopter nerfs and weapon bloom reduction, which address two main player issues.

Players have complained about inaccurate weapon targeting and overpowering flying vehicles. Therefore the second major Battlefield 2042 update patch notes contain reduced weapon bloom and helicopter nerfs. The popular FPS genre is set in a near-future global battle with futuristic technology in Battlefield 2042, which means the multiplayer title will feature many updated versions of real-world helicopters, like the MD540 Nightbird and AH-64GX Apache Warchief. At launch, there were serious glitches and weapon balancing concerns, and many players also refer to the extensive list of Battlefield 2042 additions that are still lacking as a source of irritation.

Despite its current state, DICE’s latest instalment has nearly twice as many players as Battlefield 5 did at the same point after release, implying that millions of people have already piloted helicopters, explored new heights with grappling hooks and wingsuits, and survived terrifying tornadoes and sandstorms in the new game. Regardless of the game’s popularity, DICE has committed to developing Battlefield 2042 with regular updates. Bugs, such as frequent console crashes, broken respawns, and framerate glitches are at the root of many existing difficulties. There have also been issues with gameplay, such as annoying weapon balancing, overwhelming weapon blooms, and overpowering helicopters controlling matches too quickly.

Update #2 has been released and explained by EA and DICE in an attempt to fix some of Battlefield 2042’s difficulties and flaws, and the patch notes include some potentially substantial helicopter nerfs. While the patch reduced bullet dispersion (also known as weapon bloom) for all weapons except shotguns and fixed several respawn and revive issues, it was primarily designed to counter overpowered helicopters. The bullet damage radius and splash damage of the MD540 Nightbird’s Mounted 20mm Cannons, for example, have been reduced. The 30mm side mount Cannon on the KA-520 Super Hokum received lower overall damage and range. Both the AH-64GX Apache Warchief and the KA-520 Super Hokum’s bullet damage radius was lowered due to the patch.

Except for shotguns, bullet spread has been reduced on all weapons. As a result, gameplay should be more accurate.

Vertical recoil on the PP-29 has been increased to ensure that the weapon does not overperform when used outside of its intended battle range.

Fixed an issue where players who died near impediments like walls or water were unable to be revived.

Players who were locked in a downed state and unable to respawn have been fixed. We’ve also added a hidden timer that will activate after 30 seconds of being in a downed state, forcing a redeploy if necessary.

Nightbird MD540 Mounted 20mm Cannons – reduced the radius at which bullets do impact damage, as well as the amount of splash damage.

The AH-64GX Apache Warchief and KA-520 Super Hokum – 30mm Cannon – lowered the radius at which bullets do damage upon impact, as well as the amount of damage they cause when they splash.

The Minigun’s overall damage has been lowered for all Land Vehicles, with bullet damage now starting earlier.

Breakthrough matches will now terminate when the last sector has been captured appropriately.

Players queuing for a match in Battlefield Portal were directed back to the menu instead of joining the match when a slot became available, which was fixed.

Game stability has been improved in general to prevent rare instances of the game crashing.

Battlefield 2042 Update #2 nerfs helicopters, as noted in the notes, potentially relieving one point of disagreement among players. The UAV-1 was also re-enabled for Battlefield 2042’s Battlefield Portal mode, with improved missile damage against vehicles and infantry and reduced health regeneration delay and speed. The UAV-1’s drone had been deleted from the game for balancing reasons, but it has been replaced with a drone that can now roadkill foes. Broken respawns and revives were also major difficulties in Battlefield 2042, which the update aims to fix. There have been situations where players have been killed too near to obstacles and have been unable to respawn, as well as times when players have become stuck in a downed condition and have been unable to respawn.

Battlefield 2042 Update #2 fixed some of the game’s bugs, but a slew of others still need to be addressed. EA and DICE have claimed that the next patch, which is expected to be released next week, will be the biggest yet and will fix a slew of technical difficulties and flaws plaguing Battlefield 2042. If Update #3 comes up to those promises, only time will tell.

Black Desert Online Problems? Here’s How You Can Fix Them