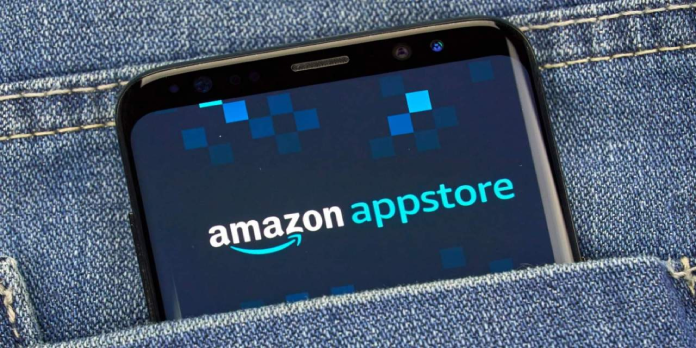 Despite its infamous rivalry with Google, Amazon sells and distributes Android devices and software. In this area, it even competes with Google, with its ecosystem of Android apps and services centered on its own Android Appstore. However, in the Android world, Amazon may not be recognized for keeping up with Google updates. A recent issue with this could have ramifications for one of Windows 11’s most prominent features.

Of course, by adopting Android with its own “Fire OS” branding, Amazon isn’t doing anything unusual or illegal. Android is open-source software, which means that nearly anyone can use it for their purposes. As a result, there are dozens of different Android experiences on various devices and bespoke Android spins from other firms.

It’s a different story getting access to Google’s proprietary Play services and apps, also known as Google Mobile Services. A device or custom spin must pass a set of tests and meet certain conditions to be certified as eligible to distribute Google’s software. Naturally, Amazon bypasses this step, which explains why you have to go out of your way to install the unauthorized Google Play Store on Amazon’s Fire devices.

However, the opposite is not valid, as Amazon’s Appstore can be installed on almost any Android smartphone. This grants access to several Amazon-only apps and the possibility of receiving special offers or discounts on Amazon products and services. Unfortunately, because Amazon hasn’t yet caught up with Android 12, the way that mechanism works may now be working against those users.

Also See:  Snipping Tool Does Not Copy to Clipboard

Multiple users across a range of Internet sites have confirmed that Amazon’s Appstore is allegedly malfunctioning on Android 12 devices, according to Liliputing. However, the issue may be more widespread, as those same reports indicate that any program downloaded from the Amazon Appstore does not operate.

Amazon’s DRM is probably to fault for this blunder, as it prevents apps from its Appstore from being launched. Even though Android 12 has been out for a month, parts of the software ecosystem may not have been appropriately updated. Amazon isn’t known for being quick to upgrade its devices to newer Android versions. Still, it’s almost astounding that it didn’t ensure its Appstore had even basic functionality on the most recent Android version.

When you consider that Amazon’s Android platform will be the foundation for Windows 11’s Android app support, this situation can be highly concerning. While it has already been proved that sideloading APKs on the new Windows Subsystem for Android (WSA) is viable, the Amazon Appstore incorporated in the Microsoft Store will be the primary way for installing Android apps that Microsoft will push. Since WSA is based on Android 11, everything is operating correctly for the time being. Still, it may raise doubts about Amazon’s capacity to support improvements to those parts of the software.

There are several drawbacks to Microsoft’s decision to use Amazon’s Android flavor rather than work directly with Google. Still, the decision was likely made more for business reasons than to provide the most up-to-date Android experience. It’s certainly plausible that Microsoft has no intention of following Android’s release schedule, rendering Amazon’s speed (or lack thereof) irrelevant. However, this opens the door to possible issues with the Android app experience on Windows 11, potentially exposing missing functionality from Android 12 and beyond and security and stability issues that may have already been addressed in Android 12.