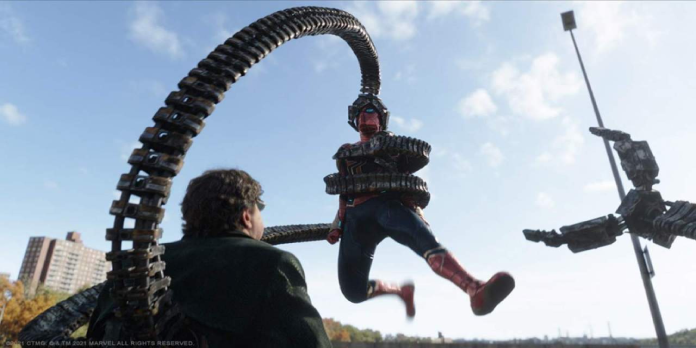 According to the movie chain, AMC Stubs members will be able to get one of a limited number of Spider-Man NFTs. AMC and Sony Pictures are releasing the NFTs to promote Sony Pictures’ upcoming Spider-Man: No Way Home, released in theatres on December 16. If the NFTs are still available, select people can obtain them by purchasing movie tickets early.

According to AMC, the firms are distributing 86,000 NFTs based on Spider-Man: No Way Home, but only a limited number of moviegoers will obtain them. AMC Stubs Premiere and A-List members and AMC Investor Connect members will be offered a limited number of non-fungible tokens, only available if tickets are purchased in advance.

AMC Stubs is the company’s membership program, which offers different benefits depending on whatever version a consumer chooses. If the consumer is a member of these qualified plans, a Spider-Man NFT can be redeemed with an advance ticket purchase.

Customers who reserve an opening-day ticket are also eligible for the NFTs. The tickets went on sale today, and it’s worth noting that the NFTs are only available with ticket reservations and purchases for the movie’s December 16 opening day. The NFT campaign, confined to ticket sales in the United States, covers all movie formats.

According to the firm, the tickets must be reserved or purchased on the AMC Theatres website, and the customer must ensure that their AMC Stubs number is linked to the purchase or reservation. After then, the customer’s ticket must be scanned in the theatre before the NFT redemption code is sent to their email.

This isn’t the first time NFTs have been used as giveaways at events and movies. The blockchain-based artefacts were previously introduced as part of a promotion for the upcoming Space Jam film, and the NFL has partnered with Ticketmaster to give NFT-based commemorative tickets with the purchase of certain football game tickets.

However, there is still a significant issue over whether NFTs have a future. Even though the technology soared in popularity last year and many people gained considerable sums of money from it, the market is inundated with content often overlooked and condemned to live on platforms like OpenSea forever.

Also See:  A Marvel's Spider-Man Glitch Indicates That A Black Suit Was Originally Planned For The Game

Because of its inherent nature, many people have condemned NFTs as a trend that will fade away quickly. Unlike tangible items, the uniqueness of which can only be appreciated by physically owning the object, NFTs are essentially just photographs, films, or other similar content that can be linked to a wallet and claimed as one’s own.

There’s already a Pirate Bay clone for NFTs, and as many people have noted, it’s incredibly simple to screenshot an image-based NFT and own it in the same manner the person who bought it did. Regardless, the market is still fairly fashionable at the moment, and getting a limited edition NFT for a movie you already plan to see will be a lovely addition to an existing collection, assuming you care about it at all.