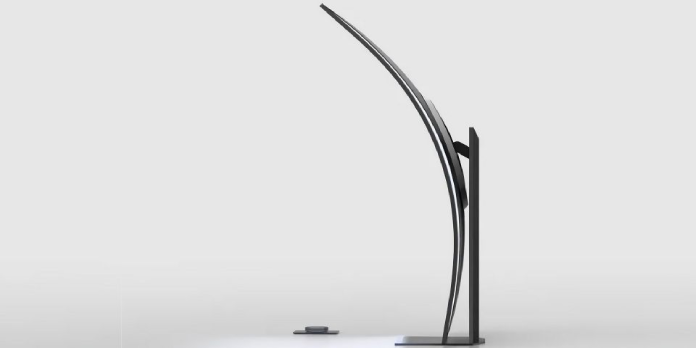 The Odyssey Ark from Samsung is a 55-inch 4K monitor with a large 1000R curvature. It has learned certain scaling techniques and will be available later this year.

Samsung’s Odyssey gaming brand offers some fantastic ultrawide wildly curved monitors. Still, the latest offering at CES 2022, the Odyssey Ark, may go a little too far with a rotating display that can be titled into portrait position to seem like a huge pixel-dense spoon. When smartphone design wasn’t all about slabs of glass and fights about notch vs punch hole, companies like Sony Ericcson and Nokia developed fascinating phones with a twisting display. Like Mariah Carey’s return to the top of the music charts every Christmas, some gadget trends keep coming again.

A year ago, the LG Wing revived the twisting display trend and added a secondary display to the mix. Unfortunately, before renewing additional innovative design concepts, the company had to close its doors. Thankfully, the concept did not die with LG’s smartphone business and was transferred to the world of television. Samsung introduced the Sero TV, which could flip between portrait and landscape configuration. TCL quickly followed suit. For a long time, the computer monitor, the humble TV’s computing cousin, has been used in portrait orientation with elaborate mounts to see more of Twitter or lines of colourful code.

Samsung believed that combining a hugely curved gaming display with a portrait orientation had never been attempted before. What better place to show it out in person than the world’s largest circus of wacky gadget concepts? As a result, Samsung has created the Odyssey Ark, a huge curved gaming monitor that can be flipped 90 degrees on its side and displayed in portrait mode. As a result, it turns into a pricey, Samsung-branded, pixel-dense spoon for serving content that wants to tower above the user’s head.

It’s Not Just for the Eyes

The screen size on offer here is a gigantic 55 inches greater than most people’s televisions. On the other hand, the curvature is 1000R, which matches the curvature of the Odyssey G9 gaming display, which many gamers aspire to have on their battle station. The 4K resolution isn’t bad either, and the aspect ratio is the standard 16:9 format. Samsung will include a wireless wheel controller that may swiftly change the content orientation. Samsung has added Multiview options and an ambient game screen to modify the proportions of a game’s active window for gamers concerned about scaling and orientation nightmare scenarios in their heads.

Also See:  Sony Might Let You Use a Banana as a PlayStation Controller

The concept sounds similar to Windows 11’s Snap View layouts for swiftly adjusting several windows on the screen. Still, it only works when Samsung’s display is switched from landscape to portrait position. So, a 55-inch landscape view of Call Of Duty scales down to a 24-inch window at the bottom without any scaling drama, while the remaining screen space at the top can be used for live streaming on Twitch, streaming music, and so on. The wacky Samsung display also comes with extra lighting gear to further drive home the point about its gaming prowess. There’s no indication on how much it’ll cost, but it’ll be available later this year. Of course, Samsung will charge a premium for all of that curved pixel awesomeness.