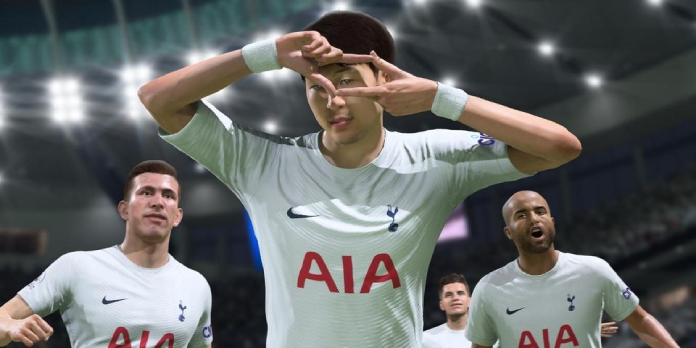 EA has hinted at FIFA 22 NFTs to broaden the digital experience beyond the ordinary, but others may see it as greedy.

Although the inclusion of non-fungible tokens in the famous soccer franchise may raise some concerns, EA recently hinted at adding them to FIFA 22. With products like Blankos Block Party combining digital ownership with video games, NFTs have gained traction, particularly in the gaming sector. For example, Mythical Games, a playable NFT video game firm, received $75 million in funding, opening the path for its series of NFT-based games. EA is hoping to get on board as interest in this aggressive manner of digital ownership develops.

However, NFTs have not received widespread acclaim. Fans were furious when Dead by Daylight developer Behaviour Interactive announced its plans to create a Pinhead NFT as part of their Hellraiser crossover. Following the announcement, Dead by Daylight suffered a large decline in players, and it was even suggested that the game be removed from Steam. Following Valve’s recent guidelines modifications regarding blockchain services, Steam games containing crypto and NFTs were recently removed from the shop. Valve’s choice follows a trend among prominent gaming firms to avoid developing NFTs, such as Epic Games’ refusal with Fortnite. Despite the current outcry, EA is prepared to implement its policies on non-fungible tokens.

Andrew Wilson, EA’s CEO, recently alluded to FIFA 22 NFTs, according to GamesIndustry. “When we talk to our hundreds of millions of football fans, they tell us they want greater cultural brand involvement from all around the world,” Wilson said. This might indicate that EA adds NFTs to their popular soccer series. In addition, Wilson noted that fans “want different modalities of play inside the game that aren’t simply basic 11-on-11 football.” They want new digital experiences outside of the game, such as esports, NFTs, and broader sports consumption, as well as for us to react swiftly.” For the time being, it’s unknown who made these statements about wanting FIFA 22 NFTs or what EA’s plans are for incorporating digital ownership into the game.

While Wilson appeared convinced that FIFA 22 fans want to buy NFTs, it’s unclear what impact such a statement would have on EA. Recently, the corporation has developed a bad reputation, with many of its decisions being deemed greedy. As a result, it’s unclear how fans will respond if EA releases FIFA 22 NFTs, particularly if the price tags for such digital items are exorbitant.

Also See:  Due to a strange gate glitch, a GTA Online player was launched into the air and wasted

Even though its games already have AAA price tags, EA makes a lot of money through microtransactions. Microtransactions in games like Star Wars: Battlefront II has left a sour taste in fans’ mouths. Whether EA’s microtransactions are purely ornamental or feature pay-to-win elements, many gamers are annoyed that they are constantly added to games. EA’s entry into the NFT sector could add gasoline to the flames and lead to even more criticism of the infamous company.

Pokken Tournament 2 to be Revealed This Year, According to a...