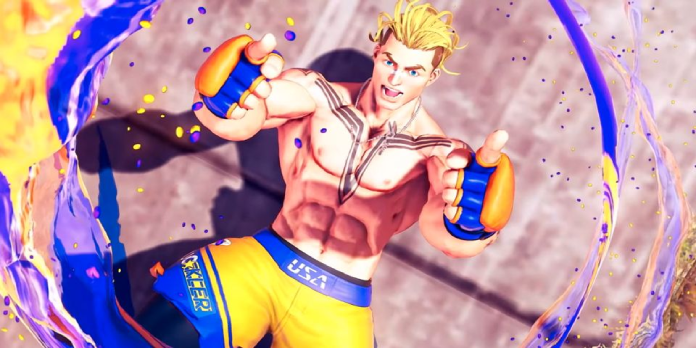 Luke, a brand-new character in the franchise and the game’s final Season 5 fighter, has been added to Street Fighter V via an update. As the final season of SFV draws to a conclusion, Capcom has been busy ensuring that its fighting game series and characters have a place in the gaming world. Guile and Cammy recently received Fortnite skins, while fan-favorite Akuma joined Monster Hunter Rise’s behemoth-slaying action.

When Street Fighter 5 Season 5 was first announced, fans immediately speculated about who the game’s last character might be. The presence of Akira from the Rival Schools trilogy instantly sparked rumors that another obscure fighter would make an appearance. Instead, Luke, an original character from Season 5, was announced as the final Season 5 addition, welcomed with considerable sadness; however, as Capcom outlined Luke’s role in the Street Fighter franchise’s future, interest in how SFV’s Luke fights and controls grew.

Also See:  Despite poor reviews, Battlefield 2042 has the second-best launch in the series

In a new Street Fighter 5 YouTube trailer released after the game’s release, Capcom has thoroughly revealed Luke’s moves, specials, and V-Triggers. The character is predominantly offensive, with each blows propelling Luke closer to his opponent, which is unusual in an SFV character’s moveset. The gameplay clip also demonstrates Luke’s juggling potential, particularly when his opponent is cornered at one end of the stage. Juggle combos, which keep a foe airborne and helpless, have been a staple of Season 5 characters, with others like Rose and Akira having large portions of their movesets dedicated to aerial fighting.

Luke’s V-Skills and V-Triggers, special mechanics unique to each fighter, are where he stands out the most from his fellow Street Fighter Season 5 characters. Using a V-Trigger activates a single special attack or grants access to a sequence of special techniques for a limited duration for most characters. Luke’s offense is rewarded by increasing his V-Gauge meter with each successful attack when V-Trigger is on, which is the polar opposite of how the mechanism works for the other characters. This has led to speculation that Street Fighter 6 will have a rushdown-oriented gameplay core that emphasizes aggression and pressure over defensive approaches.

Luke’s appearance in Street Fighter 5 effectively concludes the game, which has gone a long way from its initial release in 2016. While no official information on the next Street Fighter game has been released, the new Season 5 Luke gameplay seems fascinating. Street Fighter 6 won’t be released for a while, but Luke could confirm that there’s a lot to look forward to.

Street Fighter V is a fighting game for the PlayStation 4 and the PC.

How to: Fix Pubg Out of Video Memory Error on Windows...