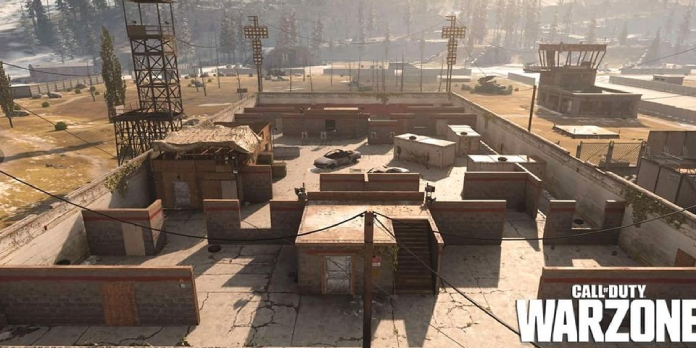 Call of Duty Warzone players has requested that the next December update include a Firing Range feature for testing weapon loadouts before online matches.

Fans of Call of Duty: Warzone believe they have been excellent this year, so they request a firing range in the upcoming December update from Raven Studios. Hundreds of thousands of gamers are currently playing the popular free-to-play shooter, published worldwide in March 2020. Despite the tough competition in the free-to-play battle royale genre, fans have remained loyal to CoD: Warzone.

The free-to-play Call of Duty: Warzone multiplayer mode combines players’ progress from prior games in the franchise with CoD: Vanguard. Caldera, a new Pacific level for CoD: Warzone’s battle royal mode, will be added in December’s first update since the game’s release. The significant upgrade is expected to correct bugs and bring assets from CoD: Vanguard to the F2P servers. These additions will be appreciated, but players have long asked for a place to test their loadouts and weaponry.

Reddit user Chillenge shared a photo of a firing range that would allow gamers to acclimatise to the recoil of a rifle and practise with their weapons before battling online. Gamer’s have had some success posting on video game subreddits to reach out to creators. Raven Studios was urged to implement such a feature in the CoD: Warzone and CoD: Vanguard integration update scheduled for December 8th.

Since the release of C0D: Warzone, players have been requesting a firing range. Previous games, such as Call of Duty: WWII and Call of Duty: Advanced Warfare, offered a firing range for testing weapons and loadouts. With the impending integration upgrade, the developer will be able to make significant improvements to CoD: Warzone and add features that fans have requested. Without this feature, players may spend a long time personalising a weapon only to discover it isn’t what they expected when they are abruptly thrown into a match, they are unprepared for.

The Call of Duty franchise has spawned 24 games since its inception in 2003. There are no hints that the series will slow pace, but to keep up with other popular battle royale games like Fortnite and Apex Legends, it will need to listen to player criticism and make things as accessible as possible. Because Call of Duty: Warzone is being created by one of the major gaming firms, gamers should expect the developers to prioritise fan feedback over sales figures.

Call of Duty Warzone is available for free download on the PS4, PS5, Xbox One, Xbox Series X/S, and PC.