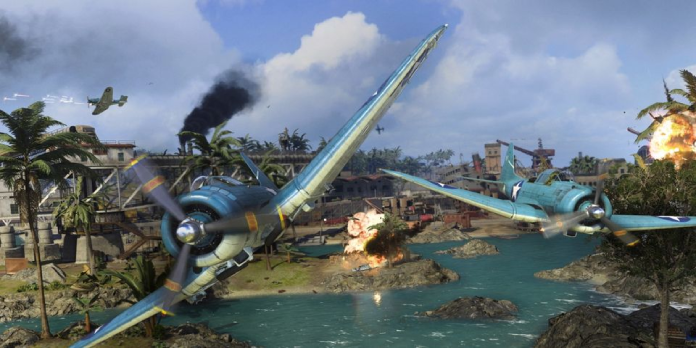 Thanks to a spectator cam issue, a player was able to tour Call of Duty: Warzone‘s upcoming Caldera map days before its December release. Caldera, the new Pacific-set map for Warzone and Vanguard, was initially scheduled for release on December 2 to coincide with the start of Call of Duty: Vanguard’s first season of content. However, according to a late-week announcement, the map and new content will now be released on December 8, several days later.

During an early preview session, Vanguard players will get access to the Caldera location first. Everyone else can start diving the next day, on December 9, according to Activision and Co. Additional modes, fresh weapons, new gear, and Zombies-related improvements were all teased in the Season 1 roadmap. The specifics are being kept under wraps for the time being, but devs will most certainly start revealing information in the days running up to the release of Vanguard Season 1 in early December.

YouTuber and streamer JGOD (via VGC) glitched through the spectator cam while playing a match on Vanguard’s Shipment map to get an early look at an unrendered version of the Pacific map Caldera. The player soars over the location for approximately a minute, catching sight of the beachfront, many mid-sized buildings, mountains in the distance, and battleships sitting beyond the coastline not far from a lighthouse in the sneak peek video. Other warships can be seen docked along the fringes of what looks to be a shipping yard. The whole video can be found in the following Twitter post:

Was able to use a spectator cam on shipment to see if we can get a sneak peak of Caldera. What do you think? #vanguard pic.twitter.com/CnCgcidtkP

This type of issue isn’t uncommon in Call of Duty, according to VGC. In fact, in 2019, a similar spectator cam issue leaked Warzone’s original Verdansk map ahead of its official release. As a result, history has repeated itself while the wait for the fully rendered Caldera area is drawing to a close.

Also See:  How to: Fix Keyboard Beeping When Typing? Try Our Quick Solutions!

In March 2020, the free-to-play Warzone arrived on consoles and PC, offering players to partake in a unique Call of Duty-branded experience. It’s subsequently proven to be a moneymaker for Activision, with the multiplayer suite bringing in $5 million each day in sales. Warzone is undoubtedly going to be around for a long time.

Call of Duty: Warzone is available across PC, PS4, PS5, Xbox One, and Xbox Series X|S; the Caldera map arrives on December 8 for Vanguard players, then enters open access on December 9.