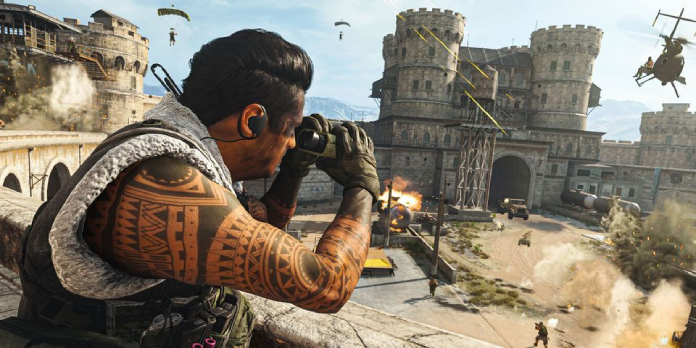 Activision has taken the company to court after catching tens of thousands of users utilizing EngineOwning’s multiple hacks and cheats.

Activision has filed a court order against cheat provider EngineOwning, accusing them of supplying thousands of gamers with cheats and, above all, hurting their reputation and sales in an attempt to end Warzone hackers once and for all. Following the success of Blackout mode in Call of Duty: Black Ops 4, Call of Duty: Warzone was released in 2020 as a free-to-play battle royale spin-off of 2019’s Modern Warfare. Despite the cheating and other bugs that still plague the game, Warzone remains a financial success. It continues to be supported by Activision every month, as the game has over 100 million players worldwide.

Since its release, Call of Duty‘s Battle Royale mode has been plagued by hackers, and the addition of cross-play has only made things worse for casual console gamers. As a result, Infinity Ward has recently implemented stringent anti-cheat measures, including banning over 600,000 hackers and prohibiting them from registering new accounts. Activision also introduced Richochet, a new anti-cheat system for Warzone and Vanguard that includes server-side tools to identify cheaters in the act. Unfortunately, this hasn’t stopped cheats and hackers from coming back and inventing new ways to spoil games for other players.

Also See:  The Halo Infinite Campaign Is Significantly Improved Over The Original Reveal

Activision looks to be suing the source behind the game’s most popular cheats as part of new anti-hacking measures. Activision filed a lawsuit in the Central District Court of California yesterday, alleging that cheat maker EngineOwning infringed on its copyright, violated its terms of service, and caused “irreparable damage to its goodwill and reputation,” as well as hurting sales through the distribution of numerous hacks and cheats, according to Kotaku. The business also claims to have detected “tens of thousands” of cheaters utilizing EngineOwning, claiming that the exploits are inexpensive, undetectable, and continue to upset casual players.

While Activision continues to fight cheats, the instigators have started a new trend. Cheaters’ usernames openly criticize Warzone’s new anti-cheat system. Cheaters with usernames like “YesImHacking” and “NiceAnticheat,” which can only be gained by utilizing various cheating programs, have been spotted all across Warzone, indicating that the new anti-cheat system may not be practical.

Also See:  How to See Blocked Numbers on Android

Since its release, the Warzone has proven to be the best experience for players returning to the massively multiplayer shooter franchise. However, players will not want to play a competitive game that is broken and frustrating due to hackers and cheaters. Hence it is in the studio’s best interest to improve its anti-cheat system. In the future, further information concerning the lawsuit and the ongoing crisis with Warzone’s cheats is expected.

Call of Duty: Warzone is available on the PlayStation 4, PlayStation 5, Xbox One, Xbox 360, Xbox One S, and PC.