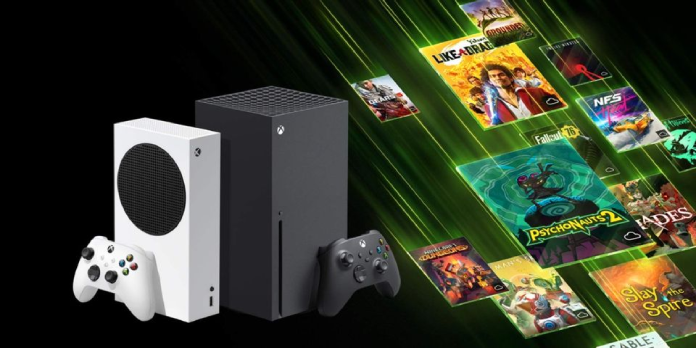 Xbox Cloud Gaming is now available on the Xbox One and Xbox Series X/S, allowing video games on both platforms to be streamed rather than downloaded directly to the system. This will not only eliminate the need to download large games, but it will also allow the Xbox One to play Xbox Series X/S titles.

Google and Amazon have both entered the gaming market with their streaming systems. Thus the streaming gaming market has been around for a few years. Thanks to Xbox Cloud Gaming, Microsoft is a key player in the streaming market. Game Pass titles may be streamed to smart devices with an Xbox Game Pass Ultimate subscription, and many of them have touch controls. Xbox Cloud Gaming is now available on PC via a browser, allowing users to play titles like Halo Infinite on PCs that would otherwise be unable to run them.

Some may wonder why broadcasting Xbox games to Xbox consoles would be advantageous. The most notable advantage is that Xbox One owners can now play Xbox Series X/S titles on their consoles. For example, The Medium was an Xbox Series X/S exclusive that couldn’t be played on the Xbox One until today, but it can now be streamed on the console. Because Xbox owners can stream games, they won’t have to wait for them to download before playing them, which is especially useful when games like Forza Horizon 5 are around 100GB. The ability to play an Xbox Game Pass title without waiting for it to load will be appealing because it allows consumers to try out a game before committing any hard drive space to it.

Also See:  How to Migrate Adobe Acrobat to a New Computer

Xbox Cloud Gaming is now available on Xbox One and Xbox Series X/S.

3 Keys To Getting Good Positions In Chess: How To Win...

How to: Fix Xbox One X Won’t Turn on After Shutting...