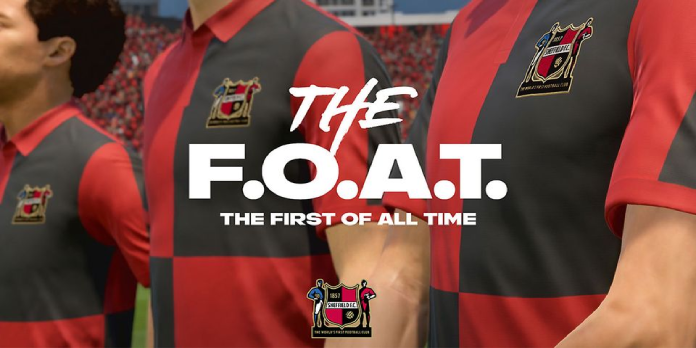 FIFA 22 has teamed up with the world’s first football club to persuade players to cease rage quitting, skip replays, and more.

FIFA 22 has teamed up with the world’s first football club in an attempt to get players to cease rage quitting and start bypassing replays instead. At the beginning of the month, the latest installment in the long-running football simulation series was launched. FIFA 22 was praised for its revolutionary HyperMotion gameplay and AI machine learning technology, which were two of the game’s highlights.

With the FIFA series being the best-selling sports video game franchise globally, it’s understandable that gamers would see some obnoxious behavior from other players online. Rage-quitting, abusing pauses, and not skipping goal replays are just a few examples of how to waste time and aggravate opponents. While EA has taken steps to mitigate the effects of some of these behaviors, such as adding a camera setting that allows FIFA players to overlook their opponents’ goal celebrations and penalizing rage leaving, the behavior persists in the game.

Sheffield Football Club’s official Twitter account shared a video showing the club’s work with FIFA 22. The video begins by introducing the phrase F.O.A.T., or “First Of All Time,” which refers to Sheffield FC, the world’s original football club and the site of the sport’s first rules. The video then discusses the “Code of the F.O.A.T.,” a set of unwritten FIFA 22 laws that Sheffield FC has reportedly authorized. Players are asked not to rage quit, skip replays if they aren’t worth watching, and not waste other people’s time, among other things.

We’ve been working on something with @EASPORTSFIFA and our birthday is the perfect time to reveal it. You can now unlock our kit from 1857 within FIFA 22 Ultimate Team. We've also created an exclusive rulebook! Check it out. @electronicarts #FOAT #FOATCODE #happybirthdayfootball pic.twitter.com/PXJOtyz6jq

Apart from the video, the FIFA 22 cooperation with Sheffield FC, revealed on the team’s anniversary, will see the first-ever football club’s kit from 1857 made accessible in the game via FIFA’s Ultimate Team mode. Playing five matches with five players from England in the starting lineup, assisting three goals with players from England, and winning a match by at least two goals are all required to earn the kit. In any FIFA Ultimate Team game mode, you can complete all of these.

While the “Code of the F.O.A.T.” isn’t a legally binding set of rules, EA Sports is counting on its partnership with Sheffield FC to persuade more players to follow it. Sheffield FC’s history and legacy can surely tug at the heartstrings of at least a few players who genuinely care about the game. Fans of both FIFA 22 and Sheffield FC will be able to obtain the latter’s kit due to the procedure.

FIFA 22 is presently available on the PlayStation 5, PlayStation 4, Xbox One, PC, and Google Stadia.