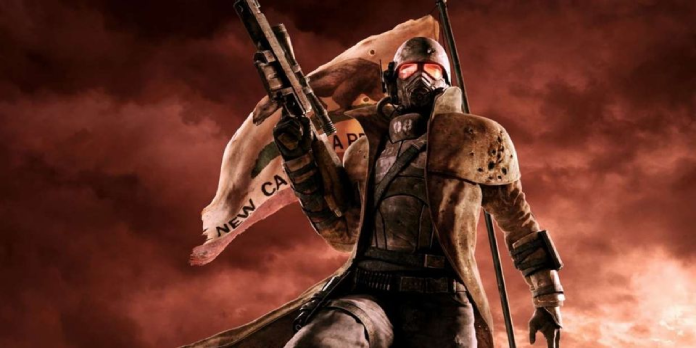 The Executive Producer at Bethesda Game Studios, Todd Howard, recently praised developer Obsidian Entertainment for their outstanding work on 2010’s Fallout: New Vegas. Since Bethesda Softworks obtained the IP in 2007, New Vegas has been regarded as the finest Fallout game. It was released not long after Bethesda Softworks released Fallout 3 in 2008.

Bethesda Softworks quickly greenlit ideas for a sequel following the critical and economic success of the 2008 edition; but, BGS’ emphasis on The Elder Scrolls V: Skyrim prevented the Fallout 3 team from assuming the reins. As a result, Obsidian Entertainment entered the fray, a wise move given that several of its team members were part of the original Black Isle Studios, which created Fallout. This collaboration resulted in an award-winning offshoot that is still considered one of the greatest western role-playing games available. Moreover, it is still used in debates about good open-world games, as proven by recent parallels between Fallout: New Vegas and Red Dead 2. But what does Todd Howard, the CEO of Bethesda Game Studios, think of Obsidian’s 2010 opus?

A fan recently asked Todd Howard his thoughts on Fallout: New Vegas during a Reddit AMA. “Great game, a great fan of Obsidian, and we have many friends there,” the developer said. Of course, it’s not much, but Todd Howard’s remark serves as another confirmation that Bethesda values New Vegas. However, another story is whether or if the two firms’ partnership would ever culminate in a sequel.

Obsidian’s decision to join the Xbox Game Studios family in 2018 placed doubt on the chances of a sequel to New Vegas being made. However, Microsoft’s recent Bethesda acquisition brings the two Fallout companies under the same roof, reigniting speculation of a sequel to Fallout: New Vegas. But, until today, the question has remained unsolved.

Also See:  iOS 15.1 released: Why you should upgrade right now

Even though Obsidian Entertainment hasn’t touched the Fallout world in almost a decade, the famous development team released The Outer Worlds in 2019, an outer space-set action RPG that many consider a spiritual successor to New Vegas. Following its debut, the game got two story expansions: Peril on Gorgon and Murder on Eridanos, both of which provided players plenty of reasons to return. In addition, the company publicly confirmed plans for The Outer Worlds 2 at E3 2021, albeit the game is unlikely to be released for at least a few years.

GOTG Game’s First Patch Tackles Many Issues, Only on PS4 &...

Deathloop patch addresses PC stuttering, but this isn’t the end