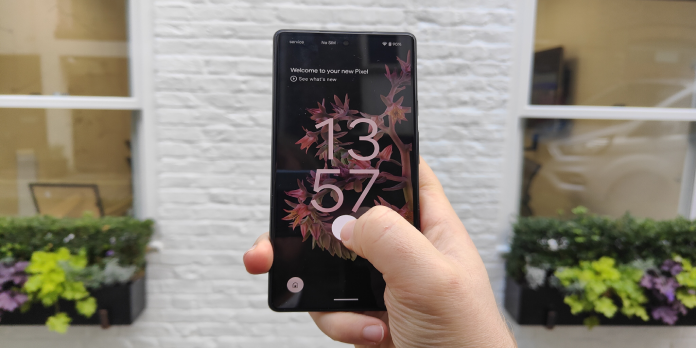 While the Pixel 6 and Pixel 6 Pro are off to a solid start, some of the phone’s flaws are beginning to show. Those defects don’t appear to be as severe as they were on prior Pixel phones. However, there still appear to be some minor screen glitches. On the other hand, the most vociferous complaints are about the strangest difficulties, which all revolve around the Pixel 6’s fingerprint sensor. Although Google has mostly dismissed complaints about its performance, it appears that there is at least one flaw that cannot be easily explained away.

The fingerprint sensor of the Pixel 6 was initially criticized for being sluggish and unreliable, needing numerous attempts until an enrolled print was detected. Google said that the sensor’s speed or performance might be impacted by its superior security algorithms, meaning that this is a known and anticipated tradeoff. However, it’s unclear if it intends to address this to improve the situation.

That, however, isn’t the case when it comes to the latest reports from Pixel 6 users. Instead, it appears that a rising number of users are reporting that the fingerprint scanner has ceased working completely, and they all have one thing in common. After the Pixel 6 restarted, the phone seemed to be fully charged, and the in-screen fingerprint scanner just began to fail.

Attempting to re-enroll fingerprints was futile since the sensor appears to be incapable of processing fingerprints at all. Unfortunately, the only known cure is to do a factory reset. To get secure authentication working again, you’ll have to wipe your phone clean and start over.

That suggests that this is at the very least a software issue that may be resolved with a software update, which should be applied as soon as possible. However, it remains a mystery why emptying the battery would have such an effect. Given that this is Google’s first in-display fingerprint scanner, a few flaws are to be expected. Even though the technology isn’t brand new, it’s nonetheless unexpected and disheartening that it would fail on what has become a standard smartphone function.