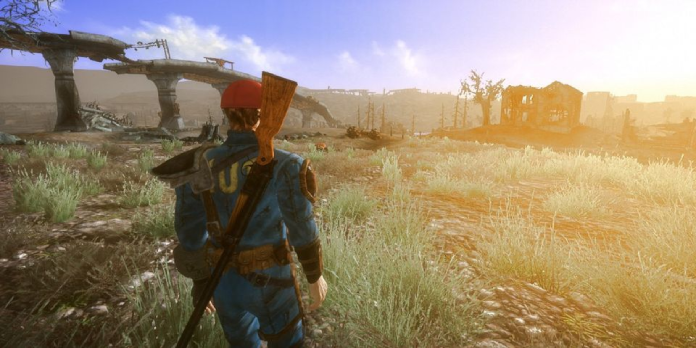 A modder has created a new fix for Fallout 3’s latest Steam patch, saving the modding community’s creations and allowing players to enjoy the post-apocalyptic RPG with modifications once more. After almost a decade, Bethesda finally updated Fallout 3 on Steam last week, removing the game’s outdated Gaming For Windows Live service and making it easily accessible without the need for tedious workarounds.

This patch, however, disabled mods because Fallout 3’s tool for expanding modding capabilities broke, which many people were concerned about because it hadn’t been updated in almost a decade.

Bethesda has had many successful games over the years, but Fallout and The Elder Scrolls are the most popular. Both open-world action-RPG series have thriving modding communities that have helped Bethesda’s games last longer and even increase sales. Thousands of mods for each game can be found online, and they range from fixing bugs to adding new features to providing players with endless new adventures.

While most mods can be found on sites like Nexus Mods, Bethesda has added official mod support with the Creation Club. This enables players to purchase Bethesda-licensed mods, and experienced modders are allowed to become official Bethesda Creators.

Modder lStewieAl has released a new patch for Fallout 3 on Steam, as seen on Nexus Mods (via NME). This comes after Bethesda’s latest “fix” completely disabled mods. The Fallout Anniversary Patcher downgrades the game from 1.7.0.4 to 1.7.0.3 and re-enables the Fallout Script Extender, allowing players to install mods without restriction.

It also removes Gaming For Windows Live, a problem with the Steam version of the post-apocalyptic RPG for over a decade. The patch is now available on Steam and GOG, and it works with both the standard and GOTY editions of Fallout 3.

While the modding situation in Fallout 3 has been resolved, thousands of mods are set to be broken and disrupted in Skyrim. The Elder Scrolls V: Skyrim Anniversary Edition, an updated version of the Special Edition with many new additional features and graphical updates, will be released by Bethesda to commemorate Skyrim’s tenth anniversary.

The Skyrim Script Extender will be disabled. As a result, rendering mods unusable and forces modders to recreate mods specifically for the Anniversary Edition.

Fallout 3’s modding capabilities have been reinstated, allowing players to enjoy the classic post-apocalyptic RPG at their leisure. While it’s unclear whether Bethesda will ever release an official patch to fix the problem, players can rely on the game’s thriving modding community for all future fixes.

Fallout 3 is available on PC, PS3, Xbox 360, Xbox One, and Xbox Game Pass, among other platforms.