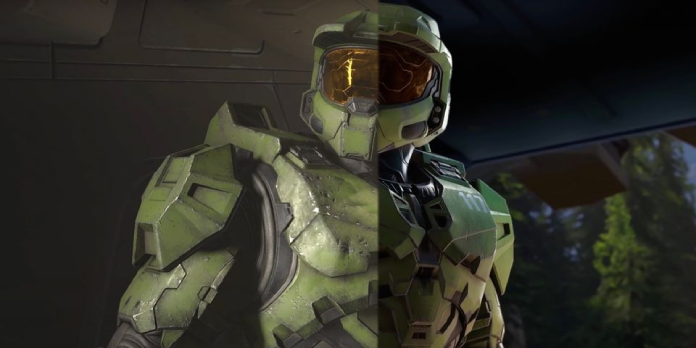 A video comparison of the first campaign reveal, and the final version of Halo Infinite shows off an astonishing graphics enhancement.

A new comparison video compares Halo Infinite’s first campaign reveal and the final version, exhibiting spectacular graphics and performance improvements. At Xbox’s July 2020 event, the initial demonstration of Halo Infinite did not go down well. Many people were disappointed by the limited graphical fidelity, especially compared to what the Xbox Series X|S had to offer. Some of the reveal footage, particularly Craig the Brute, became an online meme and sparked a flurry of speculation regarding the franchise’s future.

It didn’t take long for Microsoft and developer 343 Industries to change tactics, pushing the shooter’s release date back from the previously planned holiday 2020. The lengthy development process paid off in the end. Much of 2021 was spent by 343 publishing updates that highlighted improvements to graphics, texturing, lighting, and other aspects of the game. The Technical Preview, which went live in September and the early release of Halo Infinite‘s multiplayer, boosted expectations even more. But, in the year and a half since its gameplay unveiling, how much has the new game improved? Drastically appears to be a good descriptor.

The discrepancies between Halo Infinite’s campaign reveal in 2020 and the final version in 2021 was recently highlighted in a video shared by Game Informer. The enhancements are visually stunning, as seen by new textures that better depict the wear and tear on Master Chief’s suit. At the start of the demo, more information appears on the pilot’s face; this scene also displays environmental lighting and shadows improvements. The excellent craftsmanship of 343 Industries shines brightest in the game’s open-ended areas. Time of day illumination, for example, earned additional time in the oven, as did special effects. 343 told Game Informer that Craig the Brute was “banished” from it, though keen explorers may find vestiges of his now-famous legacy in terms of things that were completely removed from the game.

In terms of graphics fidelity, Halo appears better than it has in the past. Halo Infinite will certainly be at its best on high-end PCs and Xbox Series X, but the huge alterations displayed above imply that this release will shock and astound players regardless of platform.

Fortunately, the new entry will be available in just a few weeks. In addition to the much-anticipated storyline, Halo Infinite will have a free-to-play multiplayer mode that Halo fans will not want to miss. Other features like campaign co-op and Forge Mode, on the other hand, aren’t expected until 2022.