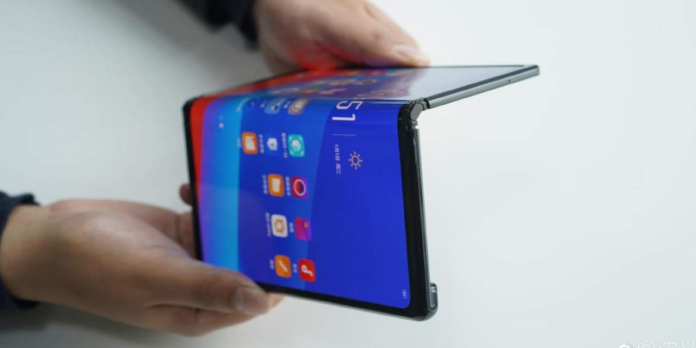 Samsung has made it plain that it aims to make foldable devices mainstream, and it currently has a stranglehold in that niche market. Of course, there are other possibilities, but Huawei’s Mate X2 and Xiaomi’s Mi Mix Fold aren’t as readily accessible outside of China, while Royole’s FlexPai 2 is nearly unheard of. However, those won’t be the only contenders in the foldable smartphone market any time soon, as OPPO could enter the race as early as next week after years of teasing.

The idea of foldable and flexible phones has been around for a long time, possibly sparked by Samsung‘s concept about a decade ago. Although everyone sounded enthusiastic about the concept, only a few followed through to make it a reality. Even fewer have succeeded, as the market appears to be hesitant to warm up to the concept of these unusual mobile gadgets.

Also See:  How to Bypass and Reset the Password on Every Operating System

OPPO has also tried folding phones, with a clumsy prototype first appearing in 2016. That device resembled a massive Galaxy Z Flip or a Surface Duo with only a single foldable screen. It teased a functioning version of its foldable phone in early 2019 but chose at the last minute not to display it at that year’s Mobile World Congress, and for a good reason.

The OPPO prototype had an “outie” design, akin to the Huawei Mate X and the Royole FlexPai, with the screen folding outward. While having only one screen is more cost-effective, the durability risks appear to be too high a price to pay in the long run. Huawei and Royole also rejected the design favouring the Galaxy Z Fold’s “innie” fold.

OPPO’s genuine foldable phone, according to MyFixGuide, will also be an “innie.” The “OPPO Find N” could be just certified as the OPPO PEUM00 in China. If the stars and planets align, this phone might be released before the end of the year.

On December 14 and 15, OPPO will hold its annual INNO DAY, with the second day dedicated to a “New Flagship Product Launch Event.” Some speculate that the OPPO Find X4 will be announced there, while many believe it will be the company’s foldable phone instead. Both OPPO and Vivo are expected to release foldable phones this year, ushering in the next generation of more affordable and widespread foldable phones.