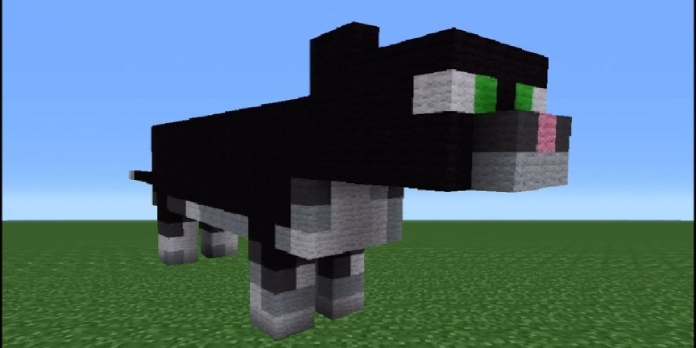 The horrifying truth about the game’s felines is revealed in a Minecraft cartoon shared on Reddit. Many people seem to wish they could forget about it.

A Minecraft animation recently disclosed a scary truth about the game’s felines, which has an ignored element that could affect the way players think about these in-game critters. Minecraft gamers are known to be among the most inventive members of the gaming world. Every week, brave Minecraft players share new designs and creations, many of which appear to defy the game’s restrictions. The game lets players create anything they want (with enough time and imagination), such as a large recreation of the Star Wars planet Tattoine, which took 1,000 hours of gameplay, or a full year in real life, to complete.

Minecraft has a large following due to how it rewards committed and inventive players, and it has remained popular since its inception in 2011 due to its simple, approachable idea. Although there have been significant updates and additional expansions, the game’s foundation has remained largely untouched. Minecraft’s simplicity gives an almost limitless creative outlet, motivating players to outdo their past works and fellow builders. On the other hand, Minecraft gamers might sometimes be a little too intelligent for their own – or possibly everyone else’s – good, causing everyone to feel uneasy. Someone recently came up with the brilliant idea of tilting all Minecraft objects, making the game’s inventory interface look strange.

Hatoblanco, a Redditor, submitted an animation of one of the game’s nice felines today, which no longer appears to be particularly friendly after watching the entire movie. The cat is seen peering out the window, its eyes barely to the side of the camera. The dark strip (often considered the area between the cat’s eyes – or the nasal bridge, more accurately) changes when the eyes move, indicating it is the pupil of a single big eye. This cyclopean beast, previously disguised itself as a cat, appears to have exposed its true identity. Hatoblanco identified the animation source in the comments, revealing that it came from Twitter user Da Na, whose original video was posted on April 6, 2020.

Cats are not what they seem from Minecraft

The reaction to the image seems to be evenly split between adoration for the cyclops-like cat and outright terror. Although this new revelation may come as a shock to some, it explains why Creepers, Minecraft‘s resident ghosts, are afraid of cats and can be repelled by having one around. Even if they are frightening on their right now, these feline companions can nevertheless help you safeguard your home base.

Cats’ frightening reality will either haunt your nightmares or be completely ignored in favour of cuddly cuddling, but the truth is finally out there. Whether the sudden creepy-cuteness of these Minecraft critters encourages or discourages gamers from keeping them around, cat lovers everywhere should be on the lookout: they’ve got their eyes on you.