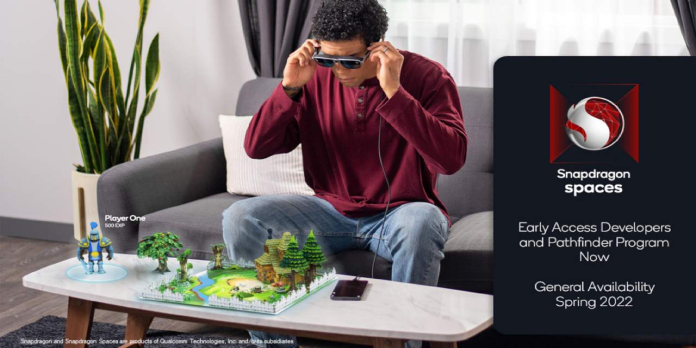 Although the days of smartphone-mounted virtual reality headsets are largely behind, some mixed reality (XR) experiences can be driven by our smartphones. For example, Apple’s goal for its AR ecosystem may be fueled by an iPhone, but it is far from the first to do so. Qualcomm has been attempting to break into the mobile XR market for a long time, and its latest Snapdragon Spaces makes a huge push to encourage developers to use its platform, with help from partners like T-Mobile and its 5G network.

Snapdragon Spaces is a follow-up to the company’s XR1 AR Smart Viewer, which debuted in February. Unlike Google’s Daydream View, you didn’t have to wear a blocky headset with a smartphone cradled within. However, you still need to attach it to a Qualcomm-powered smartphone, unlike standalone VR headsets like the Oculus Quest 2.

Also See:  Fix “The driver being installed is not validated for this computer” Intel graphics error

To make Snapdragon Spaces more generally available, Qualcomm will need to collaborate with industry partners who can help with the many aspects of an AR platform, such as the smartphone, AR glasses, and cellular network. This developer kit will be available for the first time on Lenovo’s ThinkReality A3 smart glasses and an undisclosed Motorola smartphone, for example.

T-Mobile is also pleased to announce that Qualcomm has chosen it as its exclusive North American partner. T-Mobile is utilizing its Accelerator program to deliver Snapdragon Spaces to startups and developers, in addition to access to its 5G network, which the carrier sees as a crucial element for such breakthroughs. In the spring of 2022, all of these components will fall into place.