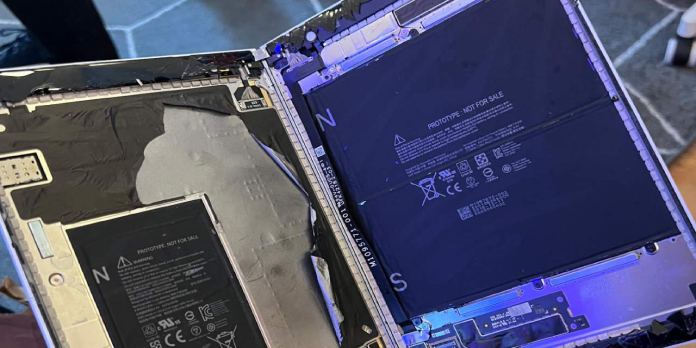 The release and evaluations of the Surface Duo 2 may have revived discussions over Microsoft’s strategy for dual-screen devices. So naturally, the appearance of this smaller Android hybrid gadget would have generated doubts about its larger Windows equivalent. Unfortunately, there has been no official word on the fate of the Surface Neo. Still, new images of what appears to be an incomplete gadget may evoke feelings of nostalgia and longing for a device that may have been quietly terminated.

Microsoft introduced the Surface Duo and the Surface Neo in 2019, which is unusual for the firm. Its early announcement was intended to pique developers’ curiosity, but it also risked creating anticipation for items that may never see shop shelves. That nearly occurred with the Surface Duo, which launched later than planned, but at least the dual-screen phone got a second version.

The same cannot be said for the Surface Neo, which was officially delayed without a new release date. Microsoft stated it had to re-evaluate its plan for Windows 10X and dual-screen Windows devices, partly due to the COVID-19 epidemic, preferring to focus on single-screen PCs for the time being. Windows 11 turned out to be that emphasis, but there has been no sighting of Surface Neo or even its shadow thus far.

Max Weinbach recently startled tech pundits and Microsoft fans with photographs of the Surface Neo, or the makings of one. The device, which purportedly originated in China, lacks a screen, allowing you to see right inside it. However, it appears to be a bigger Surface Duo in terms of internal layout, which was Microsoft’s goal when designing the two partners.

Its unexpected presence effectively reignited debate regarding the Surface Neo and its uncertain fate. Given the response to the Surface Duo 2, though, some may be wondering whether the concept would have succeeded in the first place. Other PC manufacturers have attempted to create unorthodox computing devices in the same vein, but Lenovo prefers a single folding screen over two distinct ones, aside from the ASUS Precog.