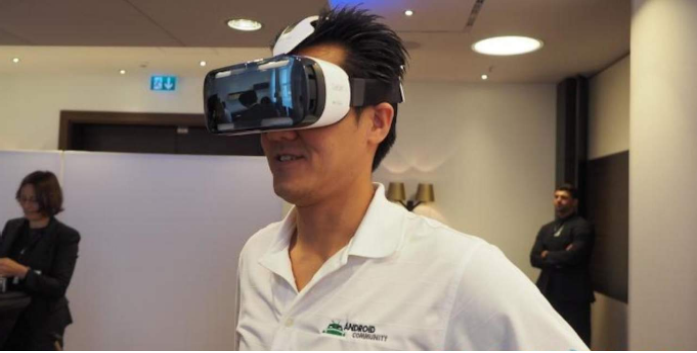 VR headsets with built-in smartphones were once all the rage, thanks to Google’s initial push and acceptance by Samsung and VR tech behemoth Oculus. Of course, those days are long gone, with dedicated VR headsets becoming the latest craze in the market. The Gear VR, on the other hand, is still available and supported on some handsets. That will change once the Galaxy S10 series receives the One UI 4 update, expected to arrive soon.

The appeal of devices like the Samsung Gear VR and Google Daydream was undeniable. You could transition between the actual world and the virtual world anywhere you choose with only a basic headset and a gadget that you already have with you all the time. Unfortunately, that system lacked sufficient capabilities for a believable virtual reality experience, particularly head and position tracking.

That type of VR experience gradually went out of favour, and Google and Samsung both declared that their smartphone-based VR systems would be discontinued. However, Gear VR continued to function in a limited capacity as long as phones supported it were available. The Galaxy S10, S10+, S10e, and S10 5G, in particular, are still compatible with the previous Gear VR gear, but only until next month.

According to Oculus, when Android 12 is released as part of the One UI 4 upgrade, these phones will lose support for Gear VR. According to a leaked Samsung document, the Galaxy S10 series was supposed to get the upgrade in January 2022, but Oculus’ support page claims it will come this December. If the upgrade does arrive a month earlier, that’s fantastic news.

Those who don’t want to lose access to Gear VR should postpone updating to Android 12., according to Oculus. Given how lifeless the VR platform is, it might not be the best choice, especially if you’re sacrificing security and features for a mediocre VR experience.