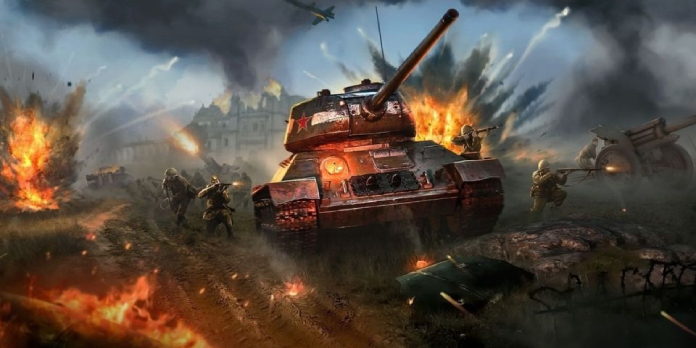 Men of War 2, a natural sequel to the 12-year-old RTS title Men of War, will be released in 2022, according to 1C Entertainment and Best Way.

Men of War II has received a reveal trailer, indicating that the sequel would be released on PC in 2022, 12 years after the first game. Men of War is a real-time strategy series that debuted in 2004 with Soldiers: Heroes of World War II, followed by Faces of War in 2006 and Men of War in 2009. Shortly after its release, the latter received an expansion pack, Red Tide, but no direct sequel was released, with creators instead concentrating on various spinoffs. In this regard, the tide will change in 2022.

Men of War 2 will be released on PC via Steam sometime in 2022, according to 1C Entertainment and Best Way, during the Golden Joystick Awards 2021. In a statement, the firms revealed that the successor to the iconic RTS adventure will return to the franchise’s roots and “redefine real-time strategy gaming.” A Front Line mechanism has been added to intensify conflicts and the battle for territory control. Direct Vision improvements should also improve the player’s ability to control the tide of combat on the battlefield. Plus, with over 300 historically authentic vehicles and 45 battalions at their disposal, users will have enough of stuff to sink their teeth into, thanks to two storey missions, full mod support, and online play. Check out the Men of War 2 unveiling trailer below:

This is undoubtedly great news for Men of War fans who have been waiting for the series to return to form for a long time. It’s unclear how it will play out in the finished result, but the announcement trailer suggests this new film has a lot of potentials.

Men of War II will be released for PC via Steam in 2022 at an unannounced date.