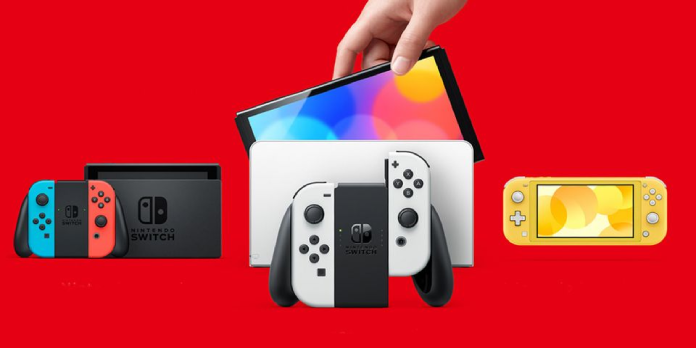 Nintendo suggests that anybody given a Nintendo Switch as a present create a Nintendo account ahead of time to avoid server troubles.

According to Nintendo, anybody wishing to give a Nintendo Switch as a present this holiday season should set up the consoles before Christmas morning, as the company’s servers may be busy on the big day. With the recent announcement of the updated Nintendo Switch OLED model, the system is sure to be a popular gift this year. While some gamers will purchase physical versions of games, many will use the Nintendo eShop to load their systems with new titles on Christmas morning.

Before the Nintendo Switch can be played, the user must complete a series of setup processes. When the console powers up, gamers must either create a Nintendo account or log in to an existing one to purchase games from the Nintendo eShop. Next, the user will need to connect a payment method to the Nintendo eShop before titles may be downloaded with a stable internet connection to populate the Switch with games. These procedures require Nintendo servers to be stable and online to function. While Nintendo normally responds quickly to eShop issues, the servers occasionally fail due to high traffic.

Because so many new Switches are being opened on Christmas morning, a flurry of new Nintendo accounts is being established simultaneously, which could cause issues for users. According to this week’s IGN reports, Nintendo’s Japanese customer care Twitter account issued a public service announcement on the subject, noting, “Nintendo Account[s] are not expected to be created right away. If you’re going to utilize the Nintendo Switch family for the first time, it’s a good idea to set it up ahead of time.” Essentially, both the gift-giver and the recipient should turn on their new Nintendo Switch before the big day to create an account. It wouldn’t be the first time Nintendo’s servers experienced problems on Christmas Day. Last Christmas, the eShop fell, making it difficult for new Switch owners to download any titles.

Creating an account ahead of time can save new players a lot of time on Christmas morning, especially if the Nintendo Switch is given to a child who may not have as much patience as an adult. Parents can also set up parental controls on the Switch with the new Nintendo account if they prepare it ahead of time. A new Switch is rendered useless if servers are swamped and players are unable to register a Nintendo account; even if a new user solely plans to utilize physical copies of games and has no need for the eShop, they will be unable to use them with the console until a Nintendo account is made.

While Nintendo’s news will likely brighten the Christmas mornings of many new customers, it also raises questions about the strength of Nintendo’s servers. Naturally, the enormous inflow of players on Christmas morning causes issues, but gaming is increasingly becoming a cloud-based medium. Server stability is more critical than ever with the recent release of the Nintendo Switch Online expansion pack, and Nintendo must be able to keep up with demand. Regardless, Nintendo’s advice is sound and a smart idea for anyone planning on gifting a Nintendo Switch this holiday season.