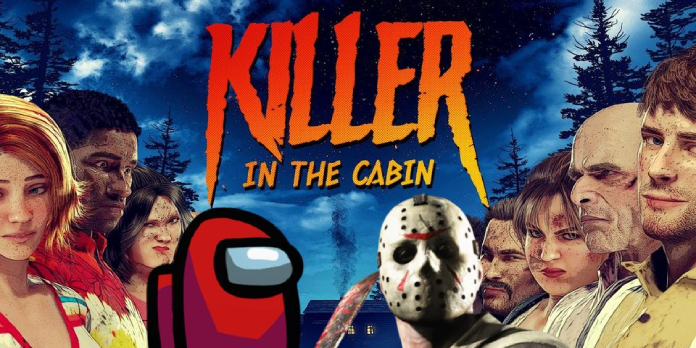 A Norwegian company has announced Killer in the Cabin, a social deduction game similar to Among Us that plays like Friday the 13th.

Killer in the Cabin, a social deduction game similar to Among Us that looks a lot like Friday the 13th: The Game, has been announced by Norwegian developer Games People Play. Games People Play a new studio launched by developers from Artplant, the studio behind Block N Load and Battlestar Galactica Online. Players may be looking for a new game to host their deadly cabin in the woods games now that Friday the 13th’s dedicated servers have been shut down due to a lawsuit.

Since exploding in popularity over the last year and a half, it’s been difficult to ignore Among Us. Even though several social deduction games have appeared since then, no other game has matched its success. A few horror co-op games, such as Back 4 Blood and Phasmophobia, have recently gained appeal in a broader sense. However, instead of being mixed with pals, those games all have a clearly defined antagonist.

Thanks to a new Killer in the Cabin announcement trailer posted on the game’s YouTube account, players may get a sneak peek at what to expect. Voice communication is an important aspect of the game, so you’ll need a microphone to play. To evade detection, the murderer should concentrate on stealthy killings while avoiding appearing suspiciously silent. A gamer poisoned a fish with cyanide before enabling another player to cook soup in the trailer. Aside from that, players can locate weapons and even strangle other players while sleeping, implying that hunger and sleep will likely be crucial survival mechanisms.

Killer in the Cabin will be available for early access on Steam on November 11th, with a full release scheduled for next year. Still, Games People Play has also announced a 24-hour closed beta on October 31st, which will allow anyone who signs up to have a sneak peak at the game. Players can vote out whoever they believe is the murderer, regardless of whether or not they are correct. Each game is expected to take approximately fifteen minutes, so the first person slain shouldn’t have to wait too long for the next one.

Killer in the Cabin will remain in early access for a few weeks longer, and it’s unknown when the final version will be released. The trailer demonstrates several unique and innovative strategies that a more straightforward game like Among Us would lack. Still, only time will tell if it will match the appeal and popularity that even Among Us struggles to match. On the plus side, unlike Friday the 13th, it won’t have to cope with copyright issues.

Source: Killer in the Cabin/YouTube

DC Dual Force Game Will Include All Super Heroes & Villains