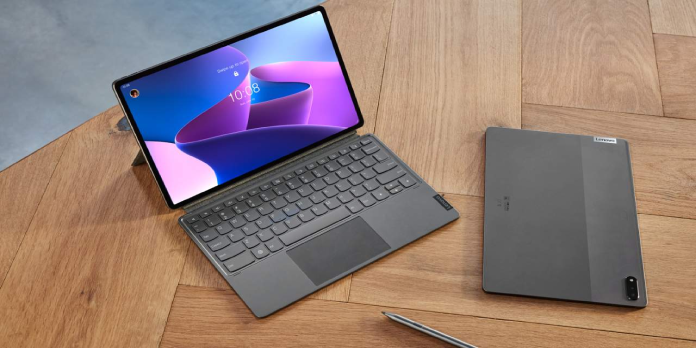 In late October, Google made an unexpected but much-welcomed announcement, putting a greater emphasis on Android running on large screens, which included not only tablets but also everyone’s favorite foldable. Tablets are, of course, the easiest devices to target with Android 12L, so it’s no surprise that the special spin’s initial developer peek is on a tablet. As announced back then, the Lenovo Tab P12 Pro is getting that special treatment, but its availability almost renders it meaningless for many developers.

Google’s relationship with tablets has always been contentious, which is why Android 12L is such a shocking step. Of course, it’s long overdue, and Android has largely fallen by the wayside in recent years, eating the dust of iPadOS. Google should make up for a lost time before releasing Android 12L’s first table release in the coming months.

According to Google’s schedule, the first beta of this tablet-sized functionality will be released sometime this month. However, it appears that Lenovo is providing a head start to users of its new Lenovo Tab P12 Pro tablet by making the first developer preview (DP1) of Android 12L available. Before you run out and acquire it, there are a few things to consider, even for the most experienced Android users.

Because it’s a developer preview, it’s in a state that’s solely meaningful to developers. Not everything works, and some items have been reported as broken. It’s a huge list that will quickly inform you that if you try to install Android 12L on the tablet, you won’t use it as a daily driver. Fortunately, Lenovo also provides an option to revert to Android 11, albeit doing so may necessitate a factory reset, which will destroy any data on the device.

Because the Lenovo Tab P12 Pro is currently missing from most store shelves worldwide, some Android developers may never get that far. That doesn’t bode well for what is being marketed as Android 12L’s reference developer device, especially given few people can get their hands on one right now. That could change in the next month or two. Still, in the meanwhile, enthusiastic Android developers will have to make do with emulators or hope that the list of eligible devices for Android 12L expands rapidly.

Also See:  Lenovo's Smart Clock Essential has Google Assistant built in and is $30

Given how appealing the Lenovo Tab P12 Pro is as an Android tablet, it’s a shame. The huge 12.6-inch tablet, powered by a Snapdragon 870 processor and has 8GB of RAM, comes with a keyboard cover and is compatible with Lenovo’s Precision Pen 3. It’s a tempting development device, so expect it to become more widely available in the coming weeks.