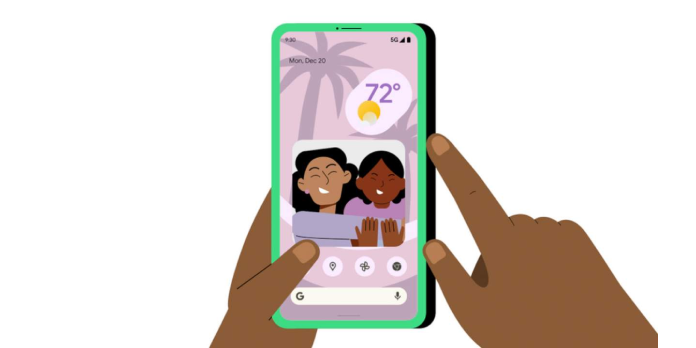 Although not wholly new, Google is releasing a few features that are making their debut appearances on Android to help you get the most out of the upcoming holidays. New widgets to create an Android smartphone’s home screen more helpful, more accessible reminders for the entire family, and even the ability to lock and unlock specific autos with a Pixel 6 are among the highlights.

Google Assistant has long tried to make sense of your life and house, most notably with Google Nest (previously Google Home) intelligent speakers and displays. The feature Family Bell, which is available on these Nest devices, can set reminders for everyone in the house. Google has announced that Family Bell will be available on Android mobile devices.

Users can utilize this functionality to tell Google Assistant to make a Family Bell reminder, for example, using their Android smartphone. Users can choose when the reminder will be sent and which devices will get it. This can be used to remind everyone in the house that it’s almost time to leave or signal dinner’s arrival.

For drivers, Android 12 is available.

Google announced earlier this year that it was working with BMW and a few other automakers on a digital key feature for Android 12. According to BMW’s latest release, the digital key function is already available in some areas, given you have the proper smartphone and BMW automobile model.

Google says the Pixel 6, Pixel 6 Pro, and Samsung Galaxy S21 may now use Android 12’s digital key function. BMW clarified the statement, stating that Android customers with one compatible handset can use BMW Digital Key-enabled automobiles to use the mobile feature.

Owners of a BMW with digital key support can use the feature to unlock and lock their vehicle by placing their smartphone near the driver’s door handle. When you place your smartphone in the vehicle’s wireless charging compartment, the car will start automatically. The feature is being rolled out to BMW owners in the following markets, according to BMW:

The impending holiday season is also an excellent opportunity to reflect on some of the most memorable experiences from the previous year, particularly those recorded with a smartphone camera. Scrubbing through dozens (if not hundreds) of photographs, on the other hand, can be tedious, which is where Google Photos popular AI-powered Memories can help.

Google Memories is a new feature that allows users to collect photographs from big holidays and critical personal events such as graduations and birthdays. Users can alter, correct, and customize these collections to suit their own needs, depending on the holidays they celebrate and how they wish to remember them.

Google has also included three new widgets to an Android device’s home screen that allow users to access YouTube Music, Google Play Books, and Google Photos People & Pets. The new widgets will enable you to manage music, return to reading, and view photographs of your favorite people and pets without having to switch between apps. Starting next week, the Google Photos People & Pets widget will be available.

The last few weeks of 2021 are ideal for cleaning up and preparing for the new year, which includes getting rid of whatever digital clutter you’ve accumulated over the previous few months.

Google’s permissions auto-reset feature, available on Android 6.0 and newer devices, makes this a little easier while also enhancing device security. This feature works by turning off runtime permissions on old apps, which means they won’t be able to do anything until you turn them back on.

Starting next month, the feature will be rolled out to older Android smartphones. However, they must have access to Google Play services.

how to make a book in microsoft word

How to: Fix This Windows 10 Pop-up Bug Makes Gaming Impossible