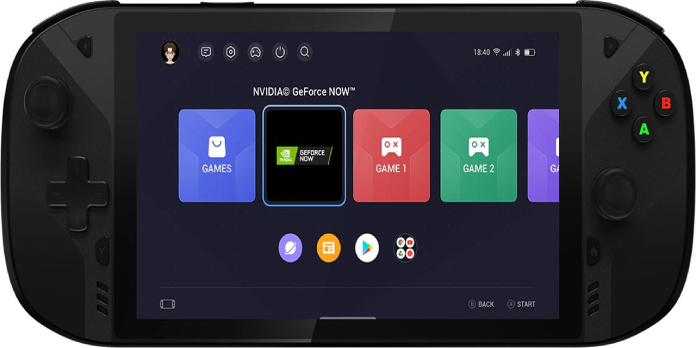 While most people play mobile games on their smartphones, dedicated mobile gaming consoles remain popular. However, Lenovo, the company most known for creating laptops and desktop computers, has revealed something fascinating. The Lenovo Legion Play is a leaked Android-powered portable game system spotted in a series of photos on the Lenovo website.

The images were hidden on Lenovo’s German and Japanese websites, and the console was rumored to be unveiled during the Lenovo Mobile World Congress in 2021. The product, however, was never revealed at the show, and it is unclear whether it has been delayed or canceled. A description of the console was included with the four hidden images.

According to the description, Legion Play was the first Android cloud gaming console and was created for AAA gaming. A link to Nvidia’s GeForce Now is visible in one of the images. The Legion Play has a seven-inch 16:9 full HD display with HDR 10 support. It also comes with built-in controllers, dual speakers, dual vibration, and a 7000mAh battery.

According to the description, Lenovo also had a developer program in mind, which would be open to all developers and would be available soon in select markets. It’s worth noting that, even though the description claims the screen has no bezels, the images on the website show a bezel. Therefore, it’s possible that the text was just a placeholder or that the delay was due to the inclusion of the previously mentioned bezel-free display.

A pair of analog joysticks, shoulder buttons, a USB-C port on the bottom, and a microphone port can all be seen in the images. Lenovo has not stated whether or not the Legion Play will be released.