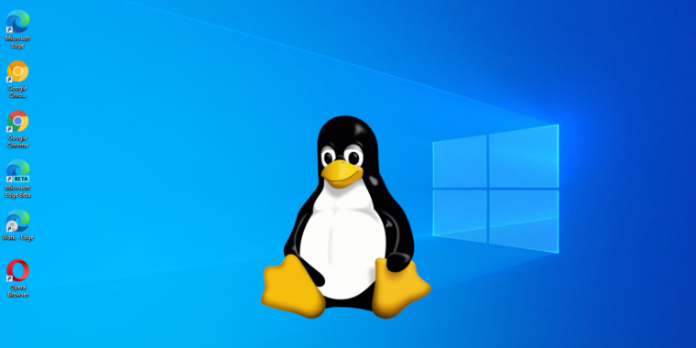 Here we can see, “How to Upgrade From Windows 7 to Linux”

It’s understandable if you’re still using Windows 7 because you don’t like Windows 10. However, there is a free alternative: you can install Linux on your PC and have a supported operating system still receiving updates.

It’s not as difficult as you might think. You can test Linux on your computer before installing it, and you can install it alongside Windows 7 if you decide to upgrade. Here’s everything you need to know about it.

A Real Alternative to Windows 7

Linux works a lot better in 2020 than you might think. Your hardware would be well-supported and “just work” without any extra fiddling, especially if you have an older PC that ran Windows 7.

Also See:  Instagram Is Adding Captions To Its Reels and Stories In The Form Of A Dedicated Sticker

You Can Dual Boot and Leave Windows 7 Installed

You don’t have to uninstall Windows 7 if you’re installing Linux. Instead, you could use a dual-boot setup to install Linux. You can choose which operating system to boot when you turn on your computer. Then, you can reboot into Windows 7 if you ever need to get back to Windows 7—for example, to play a game that doesn’t work on Linux.

It’s a simple way to get your feet wet in the Linux world. You get a secure Linux operating system, and you can always boot into Windows 7 if you need it for a specific task.

You should probably back up your files before booting into Linux and installing it. In any case, having backups of your important files is always a good idea.

Boot the Media and Try It Before Installing It

You may need to adjust Secure Boot settings to boot your Linux distribution if you’re using a newer PC that came with Windows 8 or 10. On the other hand, PCs from the Windows 7 era will boot Linux without any additional configuration.

Installing Linux on Your PC

Warning: If you choose to erase your hard drive, you will also erase all the files and applications on your Windows 7 partition.

Also See:  Perform a SteamVR Upgrade of the Graphics Driver in 3 Steps

Many people will only require a stable, secure operating system, a modern web browser, and a few useful utilities in 2020. Without any additional tweaking, Linux provides that right out of the box. It’s a fantastic Windows 7 alternative.

If you want to install Linux on your PC, you can select the installation option in the live Linux environment. You have the option of installing your Linux system alongside Windows 7 or erasing Windows 7 and installing Linux over it while going through the wizard.

Linux is known for being fast and smooth, whereas Windows 10 has a reputation for becoming increasingly slow over time. Linux is faster than Windows 8.1 and 10, and it has a modern desktop environment and operating system qualities, whereas Windows is slow on older hardware.

Windows 7 support is ending, a guide to trying Linux from linux4noobs

Warning: Windows 7 computers are being reported as automatically starting the Windows 10 upgrade without permission. from technology