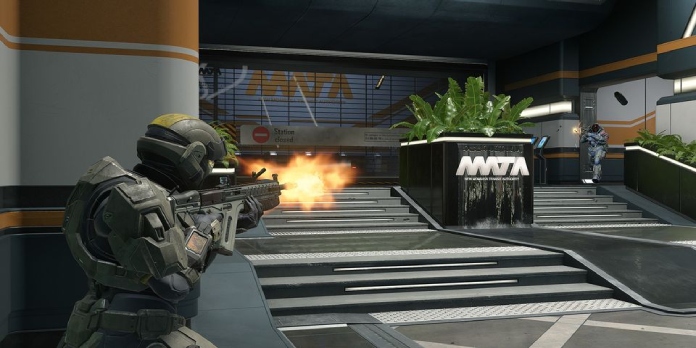 The Game Awards only nominated Halo Infinite for this honour because its late release left it ineligible for other categories.

The first award for The Game Awards 2021 goes to Halo Infinite, which won the Players’ Voice vote. As the year 2021 draws to a close and debate rages over which games should be considered for Game of the Year, the Game Awards prepare to give their judgement to the gaming community at large. The Game Awards, which aired on December 9th, have swiftly evolved to become a significant event on the annual gaming calendar, both for the awards and the numerous surprise announcements for which the event has become renowned.

The Last of Us Part II swept the 2020 edition of The Game Awards, receiving eleven nominations and seven awards, including Game of the Year. Ark II, Perfect Dark, and a new Mass Effect game focused on the series’ original characters were among the surprises announced. Sephiroth, the infamous Final Fantasy villain, joined Smash Bros in an internet-breaking clip that showed the infamous Final Fantasy villain battling the roster of Nintendo’s beloved fighting game.

The Players’ Voice award is the only one at The Game Awards that is decided solely by fan vote. While voting in every nomination category is an important element of The Game Awards, critics receive 90% of the votes in determining the eventual winners, while the public vote receives only 10%. Nonetheless, a win decided solely by fans will undoubtedly bolster 343 Industries’ morale, as the multiplayer component of Halo Infinite has received such harsh criticism from certain players that the Halo subreddit was shut down for a full day owing to nasty comments on the developer.

Also See:  How to: Fix Shadow of War Has Stopped Working on Pc

The Player’s Voice award is the first of 31 prizes presented. While there have been some leaks about some of the game announcements that may be made at the event, there will almost certainly be plenty of surprises in store for eager fans. The Game Awards 2021 viewers will have to wait and see if their favourite games take home a new trophy.