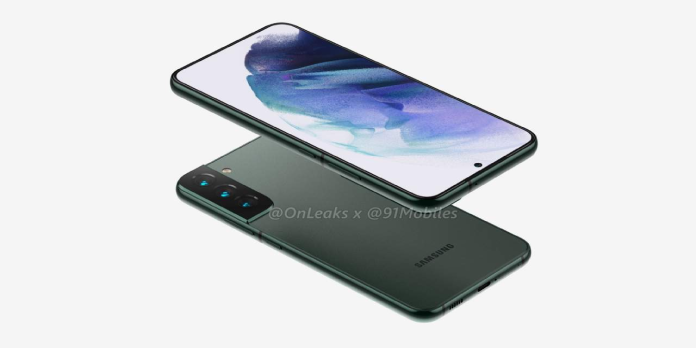 Even though there have been numerous leaks and tips concerning the Galaxy S22 series, a few pieces are still missing from the puzzle. One of the greatest unanswered questions is the design of the Galaxy S22 Ultra’s camera bump. However, it appears that there is still some area for conjecture about the Galaxy S22 and Galaxy S22+. With a tiny name change that could explain Samsung’s strange direction for phones next year, this latest leak adds even more confusion and possibly a little sense as well.

Since Samsung began releasing three variants in the Galaxy S series, there has been an irony of choice. While it provided consumers with more choices, it may have also led to increased uncertainty and a lack of trust in their ability to find the right model for their requirements and budgets. Samsung will continue to offer three Galaxy S phones next year, but a name change for one of them could reveal a lot about its new approach.

The schematics, which were leaked by @FrontTron, disclose the dimensions of the Galaxy S22, Galaxy S22 Pro, and Galaxy S22 Ultra. Yes, the leak labels the series’ “middle child” as Galaxy S22 Pro rather than the Galaxy S22+ that it has carried for years. It could have been an oversight, but given what we’ve heard so far, such a minor name change makes a lot of sense.

Your first look at…

As a result, the Galaxy S22 Ultra can stand out from the other two. As illustrated in the diagram, the largest of the three is also physically distinct, resembling a Galaxy Note phone rather than a Galaxy S. The schematic, unfortunately, does not settle the issue over the camera bump, other than to say that it will have a P-shaped silhouette.