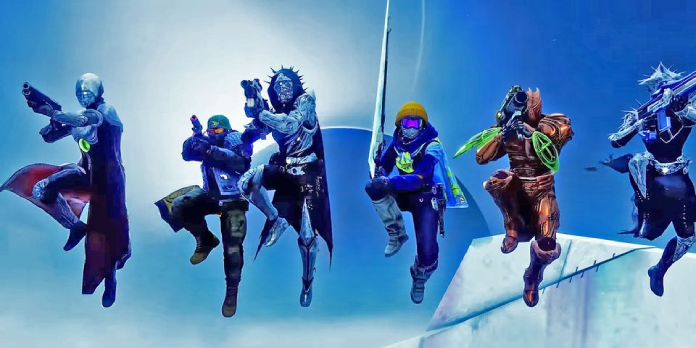 As part of Bungie’s 30th-anniversary celebrations, the studio has released a set of Halo-inspired weaponry to Destiny 2.

Weapons inspired by the Battle Rifle, Energy Sword, Magnum, and Focus Rifle from the Halo series have been added to Destiny 2. For a long time, fans have fantasised about a Destiny 2 Halo crossover. Recently, photos from the Bungie 30th Anniversary DLC Pack for Destiny 2 revealed what appeared to be Halo-inspired weaponry and armour.

Bungie previously revealed some of the content that will be included in the Destiny 2 DLC, such as the return of the Gjallarhorn rocket launcher, a new dungeon, and items inspired by Bungie’s previous games, such as an armour set inspired by Marathon and a claymore from the Myth series, among other things. The company has teased what appear to be Halo-inspired ornament sets, which contain Needler needles and a Halo Ring Warlock Bond, among other things. Bungie is also launching the largest balance patch ever for Destiny 2 alongside the 30th Anniversary DLC.

Bungie has published a new trailer for the studio’s Destiny 2 30th Anniversary Celebration event and DLC bundle. The business has updated the event’s page on the official website, which now includes information about the event’s content and the four Halo-inspired weapons that players can obtain. There’s also the Forerunner, a rare sidearm inspired by the Magnum. The BxR-55 Battler Legendary Pulse Rifle is a recreation of the Battle Rifle. The renowned Halo Energy Sword is the Half-Truths Legendary Sword. Finally, the Retraced Path is a legendary trace gun based on the Halo: Reach Focus Rifle.

The Halo-based weaponry is part of the “Dares of Eternity” 6-player activity for the 30th Anniversary, which is the only portion of the free and open event to all players. The catalyst for the Forerunner sidearm, the Wastelander M5 Legendary Shotgun, and the Pardon, our Dust Legendary Grenade Launcher, is among the event’s gifts. Notably, while the four weapons resemble the legendary Halo weapons on which they’re based, there’s no direct link or reference to the originals, implying that Bungie could not obtain the formal rights from Microsoft.

Also See:  Elves and Krampus have been added to Call of Duty's Festive Fervor event

Despite this, the Halo-inspired weapons look fantastic and are a must-have for any Guardian’s arsenal. The Retraced Path, in particular, is Destiny 2’s first non-exotic trace firearm, adding to its appeal. Fortunately, all of the weaponry from the Dares of Eternity activity is available to all players, not just those who purchased the Bungie 30th Anniversary Pack, as originally stated.