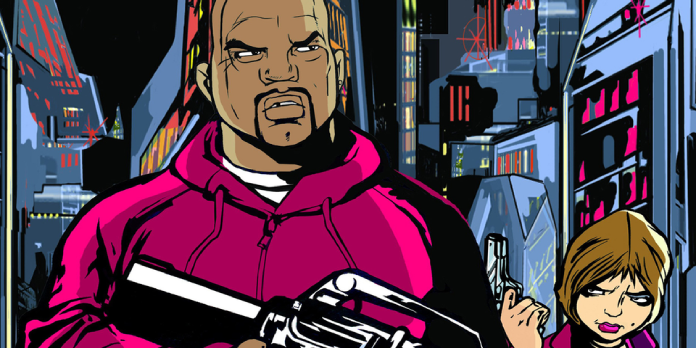 On current Windows, the classic versions of the GTA trilogy delivered to customers who purchased the remastered collection on Rockstar’s Launcher are unplayable.

Due to a lack of upgrades allowing the games to be run on modern hardware, the classic editions of Grand Theft Auto III, Vice City, and San Andreas – offered to those who purchased the Grand Theft Auto: The Trilogy – The Definitive Edition – are said to be unplayable. Rockstar promised future updates to improve the performance and aesthetics of the GTA trilogy remake, despite the game’s poor debut and removal from its platform. The classic versions of the GTA trilogy have also returned to the Rockstar Launcher. PC users who purchased the Definitive Edition through the launcher will receive them at no additional cost until June 30, 2022.

A month after its first announcement, the long-awaited Grand Theft Auto III remaster was released on consoles and PC. The remastered collection allows modern audiences to experience Rockstar’s breakthrough PS2-era classics, which have been redone with refinements and improvements; nonetheless, fans have continued to criticise the release due to various graphical flaws and bugs and a lack of polish. Unfortunately, the problem intensified when the Rockstar Games Launcher went down shortly after the remastered trilogy was released. The Definitive Edition’s PC version was withdrawn, angering many who wanted refunds for the collection that had been removed.

The free classic editions of the GTA Trilogy given to customers who purchased Grand Theft Auto: The Trilogy – The Definitive Edition is unplayable on contemporary Windows, according to popular Grand Theft Auto informant Ben Turpin. Turpin said on Twitter that these PC ports haven’t been updated since their initial debuts in the early 2000s and that because of software limitations, gamers can’t download mods to improve them. Though users will likely be pleased to see the classic titles return to the platform, Turpin wonders why Rockstar hasn’t upgraded them, especially given that the “re3” modding project already made the games playable on the most recent versions of Windows.

Nonetheless it's good to see them back but surely going back to the source and updating a few things wouldn't hurt, right? The team behind RE3 managed to get GTA3 and Vice City on a much more modern executable file so all the latest versions of Windows can run these games.

The re3 and reVC fan projects reverse-engineer upgraded versions of GTA III and Vice City, allowing them to be played on and ported to a variety of systems, including the Nintendo Switch, PlayStation Vita, and Wii U. These tweaked games now support 4K widescreen, a rotating camera, Xbox controller support on PC, and no loading times between levels. However, due to its popularity, the project was quickly noticed by Rockstar Games’ publisher Take-Two, who issued a DMCA takedown to remove the project from Github before filing a lawsuit charging the team of copyright infringement. However, the organisation is fighting back, filing a counterclaim against GTA publisher Take-Two, and the continuing dispute has yet to be resolved.

The classic copies of the GTA Trilogy were brought back to the Rockstar Launcher, and Rockstar Games promised to solve more of the remastered collection’s faults. Despite this, further complications have developed about the slandered title and its ongoing challenges, which appear to be expanding by the day. It’s unclear whether developers will update the obsolete PC ports of the first three games in the future. However, it doesn’t seem very certain given Rockstar’s focus on bringing the remastered collection to its full potential.

The Definitive Edition of Grand Theft Auto: The Trilogy is currently available for PS5, Xbox Series X/S, PS4, Xbox One, Nintendo Switch, and PC. In 2022, it will be released independently for iOS and Android.