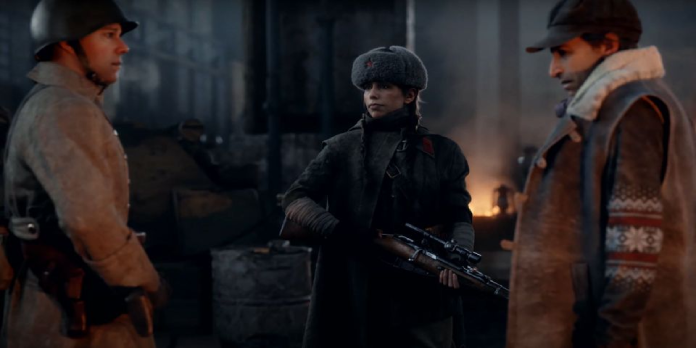 Call of Duty: Vanguard, the latest instalment in the Call of Duty franchise, already contains a potentially exploitable bug causing issues in the Search and Destroy mode.

A possibly exploitable issue in Call of Duty: Vanguard was discovered almost immediately after the game’s official release, giving individuals participating in its Search and Destroy mode a potential advantage over their opponents. Vanguard was released last week, on November 5, to overwhelmingly positive reviews, with critics complimenting the game’s new Zombies mode in particular.

Call of Duty games have included Search and Destroy mode, an elimination-based fight that sets an assaulting squad against a defending team in several versions of the franchise. Depending on how successful they are, the invading team must either eliminate the whole defensive team or detonate explosives at two preset bomb sites. In most Search and Destroy mode editions, the winning team is determined by the number of rounds they win in a row. A variety of different techniques can aid in a team’s success; one such strategy is for the defensive team to identify and disarm the planted bombs of the attacking team before they are detonated.

Streamer MuTeX (via Game Rant) recently released a video after witnessing an apparent bomb-defusing problem in Vanguard’s Search and Destroy mode while playing Call of Duty: Vanguard. MuTeX posted a tweet saying, “[I’m] 100 percent certain that there are some folks who are taking advantage of this bomb-defusing bug. This issue caused me to lose a wager match that I was in.” MuTeX, a Warzone expert, then explained that the bug happens after a bomb has been planted. Following the detonation of the bomb and the preparation of the location for detonation, the “Defend” indicator appears above the site, which appears to be expected. Nevertheless, as a player begins the process of defusing the bomb, the symbol changes to read “Defuse Target.” Therefore, individuals responsible for planting the device are effectively warned when the explosive is at risk of being defused – providing gamers with an edge if they hide nearby, out of sight, until the “Defend” icon changes.

I'm so sorry for doing this… But im 100% sure there are some people abusing this bomb defusing glitch. I just lost a wager match due to this glitch. Here is how you do it… Please fix it ASAP so we can continue to compete and not get robbed by cheaters. @ATVIAssist @SHGames pic.twitter.com/ztu0X8w8Pz

Even though it is not ideal, games may have a variety of errors shortly after launch. Call of Duty games, such as Warzone, are vulnerable to exploits and hackers that can cause game-breaking crashes. Hackers with extensive experience were able to stop matches quickly and prematurely in Vanguard’s pre-release beta version. It’s possible that the Search and Destroy mode bomb-defusing problem will not be the most serious issue with Vanguard as a result of this.

Call of Duty: Vanguard is currently available for purchase on PC, PlayStation 4, PlayStation 5, Xbox One, and Xbox Series X/S platforms.