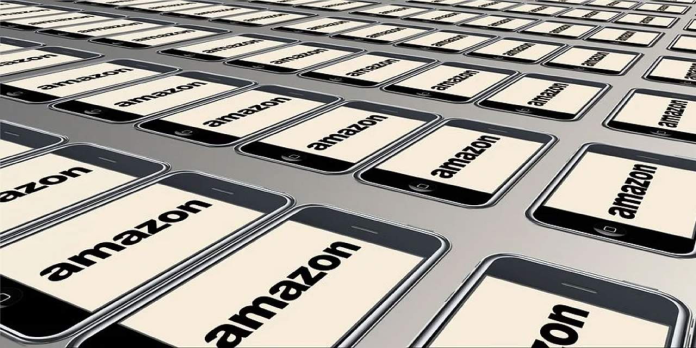 Amazon, along with SpaceX, was one of the firms that applied for permission to launch a constellation of satellites into orbit to provide broadband Internet connectivity to people worldwide. Delivering broadband Internet access from orbit is an ideal technique of extending Internet connectivity to portions of the United States that are currently unconnected to the Internet due to a lack of infrastructure. Many sections of the United States, on the other hand, have extraordinarily sluggish broadband speeds, and there is only one carrier, which means there is no competition, which often results in higher pricing and slower speeds. Satellite broadband also increases competition in underserved areas, which is a good thing.

Also See:  You Can Now Buy a COVID-19 PCR Test Kit From Amazon

In addition to requesting permission to add 4500 satellites to the constellation, Amazon has requested that the Federal Communications Commission (FCC) launch and operate two prototype satellites, which it hopes to have in orbit by the end of 2022. Amazon noted in the application that its satellites would serve households, hospitals, businesses, government agencies, and other organisations around the world, with a particular emphasis on locations where dependable broadband access is inadequate or unavailable. Many of us in the United States take for granted reliable broadband, but many rural areas and those in developing countries do not have access to high-speed Internet.

The introduction of satellite-based Internet from Amazon and SpaceX will increase competition in locations where broadband is already accessible to lower prices and provide better service. Amazon said in its filing that, despite improvements in broadband access, just 51 percent of the world’s population is currently connected to the Internet, a figure that continues to grow. In developing countries, the percentage of the population who has access to the Internet is significantly lower, at 41 percent.

Both Amazon and SpaceX will face further competition in the future, as the Federal Communications Commission (FCC) recently approved Boeing’s plan to launch 147 satellites to provide Internet connectivity from orbit. SpaceX presently boasts the most extensive satellite fleet in operation, with more than 1700 satellites circling the globe at any given point in time. SpaceX intends to launch as many as 42,000 satellites over the next several decades.

Amazon founder Jeff Bezos also launched Blue Origin, a space launch business that competes with SpaceX to access the international space station. Project Kuiper satellites are expected to be launched using Blue Origin rockets at some point in the future, assuming that this is the case. According to reports, Amazon will use United Launch Alliance rockets to launch its satellites into orbit, which was confirmed in April of this year.

Also See:  Moto G100 is now available in the US

Amazon has also filed a petition with the Federal Communications Commission (FCC) to halt SpaceX’s deployment of Starlink satellites. Amazon has requested that the Federal Communications Commission consider Starlink a “newly designated system,” which would subject the satellites to a broader set of regulatory processing requirements. That request came after SpaceX changed its original deployment plans for 2020, which were rejected. An application to transfer 2800 satellites in the initial launch phase of Amazon’s constellation to a lower orbit than the FCC had approved initially provoked Amazon’s response. At the time, SpaceX claimed that Amazon was attempting to stifle its activities because it was still years away from launching its first satellites into orbit.

Amazon applied for FCC certification for its Project Kuiper constellation for the first time in 2019. Earlier this year, Amazon said that it had finished the initial development of the antenna for the low-cost terminal, which would allow users to connect to satellites as they passed overhead. This was a significant milestone in the company’s project, which began in 2012. Amazon claimed at the time that its prototype was capable of supporting rates of up to 400 Mbps.