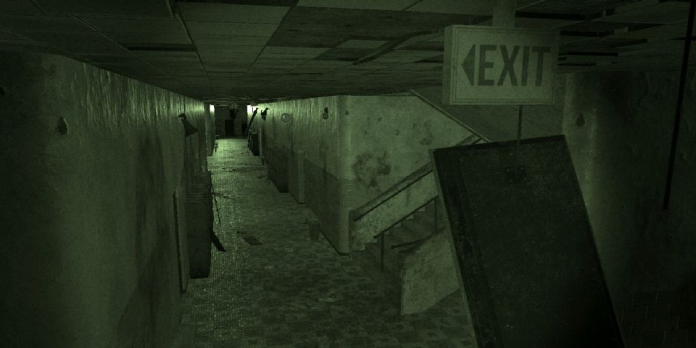 Kinetic Games, the creators of Phasmophobia, has published a roadmap for 2022, including big enhancements such as personalized difficulty levels and additional challenges.

Phasmophobia developer, Kinetic Games, has disclosed a roadmap for major improvements in 2022, including challenging personalized settings. The indie success has remained one of the most popular co-op horror games in recent years. Phasmophobia has added additional features like Tarot cards and summoning circles since its release in 2020.

1-4 players are tasked with exploring haunted areas and uncovering proof of paranormal activity in Phasmophobia. When the online co-op game originally came out, it surprised users with its wide range of tools, capabilities, and horrific horror. Its developer has continued to wow fans with regular fixes, patches, and transparency regarding upgrades. Future game concepts are presented alongside known flaws and glitches on Kinetic Games’ public Trello board, giving users an idea of what’s coming next and when problems will be fixed. Not only did the game release the Cursed Possessions update earlier this month, which included things like Voodoo dolls, but it also added a terrifying Santa ghost to Phasmophobia just in time for the holidays.

Kinetic Games has revealed a roadmap of Phasmophobia’s intentions for 2022, including some of the game’s planned big improvements. Along with a VR makeover, Kinetic announced that customers might expect custom difficulty options, such as hunt duration, weather, and ghost interaction rate, as well as a VR, rework. Players will also find new animations, equipment, and challenges in a two-part progression update. While no particular dates for the impending modifications have been announced, customers should expect them to be implemented during 2022.

As the year is coming to a close, we at Kinetic Games want to say a huge thanks for playing Phasmophobia. We thank you for reporting bugs, giving your feedback and appreciation for each update we release!

Here is a quick update for what we have planned for 2022!#Phasmophobia pic.twitter.com/nmjbhDefhW

With Nightmare Mode upping the difficulty, new maps like the haunted campsite, and the advent of new ghost kinds like the Twins, 2021 has been a fantastic year for Phasmophobia. New features and materials have helped keep the game fresh, and the developer’s devotion to finding and fixing game problems ensures that any flaws introduced by new content are unlikely to stay in the game for long.

In 2022, gamers of Phasmophobia have a lot to look forward to. The VR should assist VR users in having a more seamless and immersive experience, while the custom difficulty choices should benefit those who like personalized challenges with their friends. While the two-part progress report is sparse, it does indicate that new equipment is on the way, which will be upgradeable. While no specifics on the additional challenges or extra objectives have been revealed, it appears that Kinetic Games is still committed to reducing Phasmophobia.