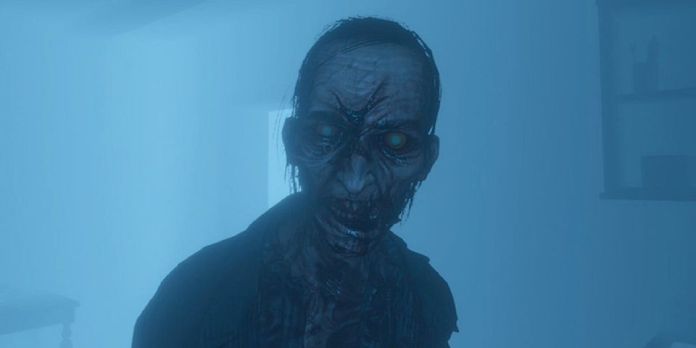 As part of a new Christmas update, Santa Claus himself appears as a frightful ghost in Phasmophobia, complete with his usual jingle bells.

A creepier version of Old Saint Nick has been included in the ghost hunter simulator Phasmophobia. This holiday-themed add-on is now available following the recent Cursed Possessions update, which introduced tarot cards and other eerie elements to the terrifying multiplayer game.

Players in Phasmophobia take on the role of paranormal investigators dispatched on contracts to locate harmful ghosts in various locations. Rather than arming players with weapons like other recent survival horror games, Phasmophobia equips them with ghost hunting gear like journals, spotlights, and cameras, resulting in a game characterised by extreme vulnerability and anxiety. Each challenge can be completed solo or with up to four other players, and VR support is available for those who are very fearless. Like many modern viral video games, Phasmophobia receives regular upgrades and material dumps, with October’s Slenderman update being a particularly prominent example.

Also See:  You Should Turn Off Autofill in Your Password Manager

Slenderman is a modern horror icon, but the game’s developer, Kinetic Games, has decided to add a more unusual creature: Santa Claus. This cheerful ghost may be found near the Maple Campsite, blanketed in fresh snow, according to Eurogamer. To the music of jingle bells, this spooky Santa will appear and force players to run. Since the update, players like streamer Otter Lady have been surprised by the new feature, as there was never any mention of Santa Claus being introduced to the game; the patch notes state that a “new ghost kind” will be appearing.

This was by far the best part of the update for me, being chased by Santa 😂#horrorstreamer #gravekeeperfam #Phasmophobia pic.twitter.com/OevWxyqqsl

Players will undoubtedly find the addition of Kris Kringle to the game to be a cute touch, but it is far from the only (or scariest) new feature introduced by this most recent update; the holiday patch also added summoning circles to Phasmophobia, as well as a voodoo doll and new questions for the in-game Ouija Board. Players may discover more eerie seasonal details in the coming weeks, as the patch notes hinted at even more new secrets, features, and Easter eggs.

Since its release in 2020, Phasmophobia has earned a lot of love and attention, even receiving the prize for Best Debut Game at last year’s The Game Awards. This praise is largely due to the game’s great, experimental gameplay, but Kinetic Games’ consistent support is certainly helping to keep the game in the spotlight. However, gamers will have to wait and see what the future holds for the critically acclaimed indie game.

The PC version of Phasmophobia is presently available.