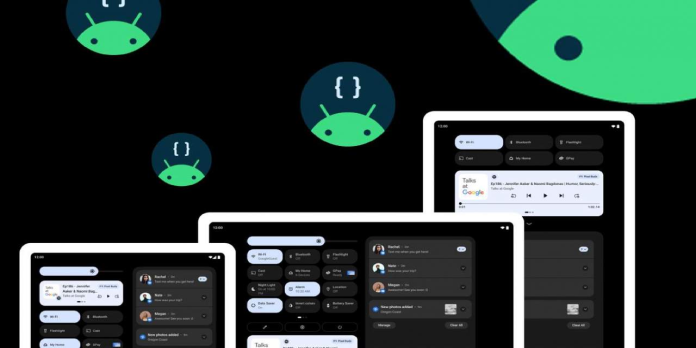 Google today published Android 12L Beta 1, the most recent version of Android, allowing all intrepid Android-running smart device owners to view the future. This isn’t the first time we’ve seen this software, but it is the first time it’s been made available through the Android Beta program to anyone willing to try it. The Android Beta website and Google’s developer portal both have this program version.

This software serves as a bridge between Android 12 and Android 13. This general-purpose operating system upgrade provides functionality and features tailored to large-screen devices and devices with transforming displays. Android will not overlook foldable and rollable display devices!

You’ll notice a new taskbar for simple app switching if you’re evaluating this program on a device with a large screen. With this new taskbar, the user can also drag and drop apps for split-screen mode capabilities. The user interface on large-screen smartphones has also been improved, emphasizing usability for the overview, lock screen, fast settings, notifications, and home screens.

Also See:  It Is Rumored A Name Has Been Given To Google's Foldable