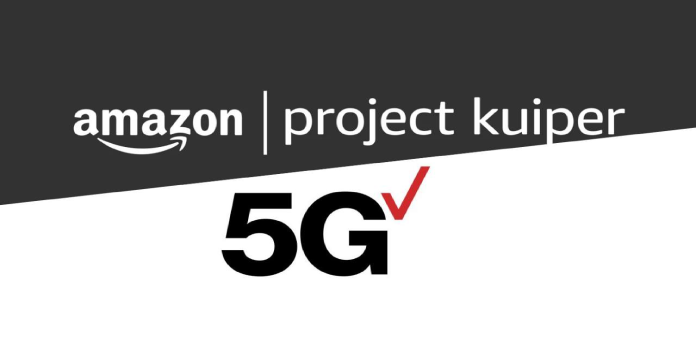 Today, Verizon Communications Inc. and Amazon.com Inc.’s Project Kuiper announced an expansion of their existing cooperation. They’ve proposed combining Amazon’s low-Earth-orbit (LEO) satellite network (Project Kuiper) with Verizon’s terrestrial mobile network to expand internet access or give internet connectivity to unserved and underserved places. They aim to make this technology available to “all” people, but they don’t go so far as to say that they’ll be giving it away for free.

In the Verizon announcement for this expanded relationship, Verizon Chairman and CEO Hans Vestberg talk about how the future will be created on Verizon’s 5G network, asserting that “we believe that the power of this technology must be available for everybody.”

Amazon will provide “cellular backhaul solutions” for Verizon’s 5G and 4G LTE networks using Project Kuiper’s 3,236 satellites in low Earth orbit. They claim that this will bring “rural and distant communities” in the United States together. But, once again, it will not be free. The companies will start by setting technical requirements and defining commercial models for clients as part of their relationship.

Amazon has previously stated that they intend to collaborate with “public and private sector partners” who share their project’s objective. Amazon stated they’ll want to “extend internet connectivity to more households in the United States and around the world” after obtaining FCC certification in July 2020.

If Amazon’s stated objective of providing “fast, affordable broadband to customers and communities around the world” is real, this might be fantastic. This might entail sending data to consumers via the FCC’s Emergency Broadband Benefit Program in the United States, as well as comparable programs around the world.

Also See:  How to add a VPN connection in Windows 10