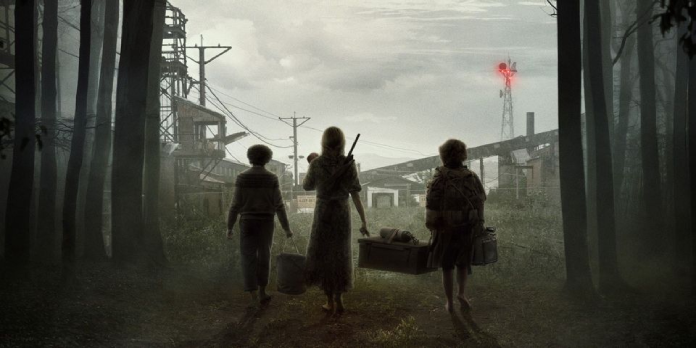 Saber Interactive, the studio behind World War Z, has signed on to publish A Quiet Place, a game created by iLLOGIKA in Montréal.

Saber Interactive and its partners appear to be the ideal hosts for such an event. In the 2019 video game of the same name, the Embracer Group-owned studio properly recreated the zombie-infested setting of World War Z. According to most accounts, the third-person shooter provided the ultimate cooperative zombie game, with over 15 million players worldwide. Saber Interactive has set its sights on yet another horror franchise. However, this time, it will not be in charge of production.

Saber Interactive announced a game adaption for Paramount Pictures’ A Quiet Place series today, October 26. Saber will publish the game alongside EP1T0ME, while production will be handled by iLLOGIKA, a Montréal-based studio with Rainbow Six and Far Cry veterans among its ranks. The studio intends to create a gameplay experience based on the “compelling tension, emotion, and drama” of A Quiet Place, while the story will be wholly original. Even better, the project’s position as a “single-player, story-driven horror adventure” is confirmed in a press release announcing the announcement. Platforms and release-related specifics have yet to be specified by the companies, although further information should be available later this year.

Saber Interactive was acquired by Embracer Group in February 2020, allowing the World War Z developer to preserve its independence on all fronts. As a result, Saber is one of Embracer’s many publishing houses. When A Quiet Place is released, it will be the publishing label’s first externally generated project.

It will be fascinating to see how the iLLOGIKA team adapts A Quiet Place for the interactive medium. The Last of Us might very well serve as a template in terms of gameplay mechanics and tone. However, A Quiet Place’s increased emphasis on sound should ensure that players finally become immersed in a unique terror experience.

World War Z is now available on PC, PS4, PS5, Xbox One, and Xbox Series X|S; the game adaption of A Quiet Place has yet to be announced.