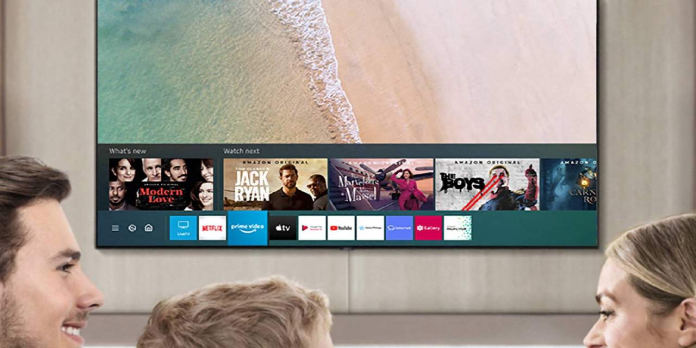 Samsung announced plans to introduce its cloud gaming solution for smart TVs, utilizing it’s Tizen OS today at the Samsung Developer Conference 2021 (SDC 21). Samsung calls the device “Cloud Game Platform,” emphasizing that the product’s key feature will be to provide high-end gaming experiences without forcing consumers to purchase high-end gaming hardware. The move could place Samsung against Google, which has built Stadia as a cloud gaming platform that consumers can use with a Chromecast dongle to play on their TV.

Among its other announcements, Samsung talked extensively about Tizen OS, a Linux-based alternative to Android TV, Roku OS, and similar operating systems that power consumers’ entertainment devices. Although Tizen has mostly focused on the video streaming sector, Samsung has stated that the platform would be expanded to include other experiences, particularly for business.

Samsung claims that Tizen for business will power various display-based services, ranging from digital billboards to store-based touchscreen kiosks. Administrators will be able to monitor displays in real-time, remotely apply settings to a network of screens, and more with the platform’s new management ports.

As a result, customers can play cloud-based games on their low-end laptop or desktop, smartphone, tablet, or other approved streaming devices, for example. Samsung’s Cloud Game Platform strategy appears to be in its early phases. The firm left this information out of its SDC 21 press release and only devoted a few minutes to the issue in the presentation video above. Other specifics are being kept under wraps for the time being.

OnePlus 6 and 6T Android 11 upgrade arrives after a very...