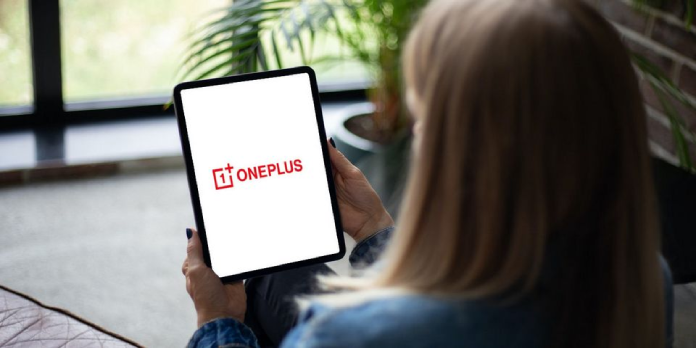 According to reports, OnePlus will release its first tablet in H1 2022. However, there is no information on its physical specifications or software capabilities.

According to reports, OnePlus is working on its first tablet, which will be released in the first part of next year. Despite becoming one of the most significant participants in the world of Android smartphones, the business has yet to release a tablet, unlike its competitors Samsung and Apple. If the latest report is accurate, it might all change in a matter of months.

Apple’s iPad dominates the global tablet market, with Android competitors following far behind. Several top smartphone manufacturers don’t even have a tablet in their lineup or have one or two. Meanwhile, Apple’s iPads have been steadily improving, with the company releasing new, improved models regularly.

OnePlus will enter the tablet market early next year, according to ordinarily dependable tipster Mukul Sharma, with the debut of at least one new model. The suspected OnePlus tablet is claimed to be dubbed the OnePlus Pad, according to Indian tech blog 91Mobiles, though this hasn’t been formally verified as the product name. While the device(s) will first be released in China, Sharma claims that at least one of the versions will eventually be released in India. There’s no indication yet whether OnePlus will release its first tablet worldwide, including in the United States. Sharma also claims that the gadget would not be released alongside the OnePlus 10, indicating that it will not be released in the first quarter of 2022.

The OnePlus Tab’s specifications are yet unknown

There is no direct information on the technical specifications for the time being. However, new reports imply that OnePlus’ parent company, Oppo, is also working on a tablet, leaked online specifications. According to rumours, the Oppo handset will have a 120Hz AMOLED screen and a Snapdragon 870 chipset. 6GB of RAM, 256GB of storage, and a 7,000mAh battery are other rumoured technical specifications. It’ll be fascinating to see if this is the same tablet that will be available next year under the OnePlus banner.

Also See:  How to: Show Drive Letters Before Drive Names in Windows 10

It’s worth noting that this isn’t the first time the OnePlus Tab has surfaced as a possibility. The company’s name was first discovered in an EUIPO (European Union Intellectual Property Office) filing in July, indicating that it may be aiming to produce a tablet at some point. OnePlus is entering a new consumer goods sector with the tablet launching, having already released televisions, earphones, power banks, and smartwatches alongside smartphones in recent years.

iPhone Messages in iOS 10: How To Send Effects and Reactions

The Huawei P50 series and MatePad 11 could be unveiled before...

The ultra-mobile Lenovo ThinkPad X1 Fold changed how I work from...