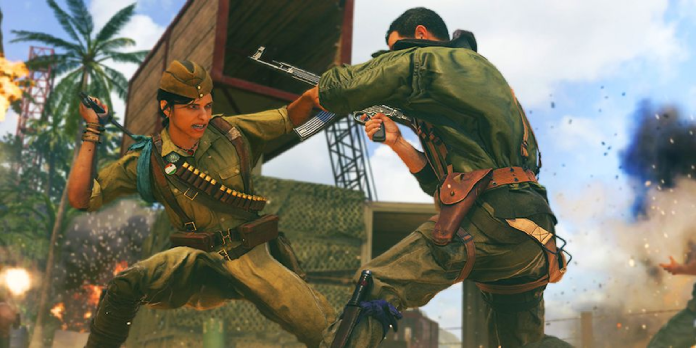 The Double XP Weekend in Call of Duty: Vanguard is drawing close, and enraged gamers are claiming that they were wrongly compensated due to defective or broken Double Weapon XP. Double XP was granted in conjunction with Activision’s Free Access Multiplayer weekend, which began on Friday. This event allowed players who didn’t possess the game to get double the experience for free, allowing them to quickly rank up weaponry, upgrade their operators, and move through the game’s brand-new Battle Pass.

The latest instalment in the annual Call of Duty series was released on November 5, and it offers a dramatic campaign, competitive multiplayer, and distinctive co-op Zombie modes. While the multiplayer in Call of Duty: Vanguard is remarkably identical to its predecessors, it is distinguished by a robust weaponry and attachments system with a wide range of possibilities. However, because the maximum weapon level for most guns is 70, unlocking every attachment for a single weapon can take a long time. Players are rushing to max out their weapons as soon as possible after learning that Vanguard will be merged into Warzone early next month. Players will be at a disadvantage if they join the new Warzone season without every gun and corresponding attachment.

User DocDeezy complained that Double XP Weekend is exceedingly slow and inquired if Double Weapon XP is fully broken. The Vanguard player reported that they spent two hours grinding kills on the newly available Shipment playlist but had barely progressed in their AR weapon levelling. One user stated that the playlist includes adjusted XP values that are slower than ordinary lobbies, although Sledgehammer Games did not confirm this. Multiple users confirmed that the decline is only focused on the Shipment map, most likely owing to its smaller size speciality, which lets players simply (and continually) rack up kills with little effort. Meanwhile, other disgruntled participants have stated that the event is entirely broken on some platforms but not on others.

The smallest level in the Call of Duty franchise, Shipment, allows players to obtain XP quickly in a chaotic, symmetrical, spawn-kill-extravaganza arena. Activision has re-released the level in several diverse configurations throughout multiple Call of Duty titles over the years because of its popularity among long-time fans. The most recent version of Shipments was released in Vanguard, where it was revamped as a World War II map to coincide with the game’s Free Access Multiplayer weekend. Like Vanguard’s other maps, the newly themed Shipment has destructible terrain, and its containers are no longer bulletproof, enabling players easier kills in some circumstances.

While players can use Double XP Tokens to speed up their growth in Call of Duty: Vanguard, the series’ limited-time Double XP events are the most convenient way to rank up. However, the event was drastically changed for this year’s entry, and its design will probably be more targeted at catching cheaters. It’s unclear whether any further adjustments will be made, but players should expect to see more Vanguard events shortly.

Nintendo Switch Expansion Trailer Has Over 50,000 Dislikes On YouTube

Franklin Is Roasted Again By Lamar In A New GTA Online...

The Release Date for Minecraft Dungeons Cloudy Climb Tower Has Been...