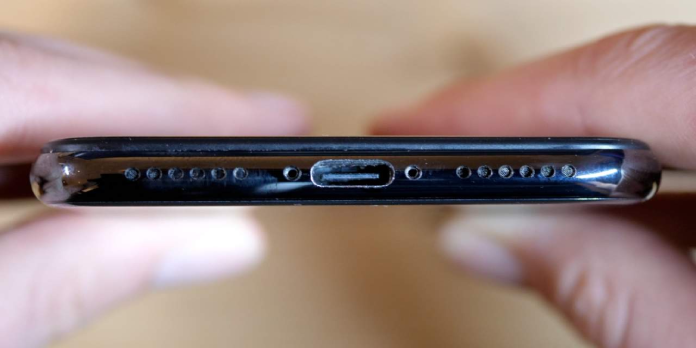 Ken Pillonel is the man behind a modified iPhone X, which is essentially the same iPhone you’re used to, but with one major difference: instead of Apple’s Lightning port, it has a USB-C port. The customized device is currently being sold as a “collector’s item” on eBay, and it has already received six figures in bids.

The modded iPhone X offers a playful glimpse into a future in which Apple finally abandons the Lightning port throughout its whole smartphone line, putting an end to the days of carrying both a USB-C charger and a Lightning cable. For a previous couple of iPhone generations, we’ve heard whispers about a switch to USB-C, but as of the iPhone 13, Apple is still sticking with its small Lightning port.

According to Pillonel and several videos he’s uploaded, the modified iPhone X is fully functional because it can be used as a conventional phone. The smartphone will not be able to be used as a primary iPhone, and it will not be updated, restored, or erased, according to the eBay sale. The device’s designer continues, ”

I promise that the phone will function when you receive it, but you are on your own if you do not follow the instructions above. So, you can do whatever you want with it, but don’t expect any help from me if something breaks. It’s merely a proof of concept.

In a video posted on November 1, Pillonel, also known as “Kenny Pi” on YouTube and “geeken” on eBay, declared his plans to auction off the customized iPhone X. The offer started at $1 and quickly climbed to $3,500, increasing by hundreds of dollars until bids worth thousands of dollars were surpassed. Finally, with more than six days left, someone placed a $100,100 offer on the item, according to the action page’s bidding history as of November 2.

Also See:  How to Screen Record Facetime with Sound on ipad

The proceeds from the sale, according to Pillonel, will be used to purchase more specialized equipment, which the DIYer hopes to employ for future “ambitious undertakings.” Apple enthusiasts who want to bid on this one-of-a-kind item have until November 11 to do so. However, it’s difficult to predict how much it will cost in the end.