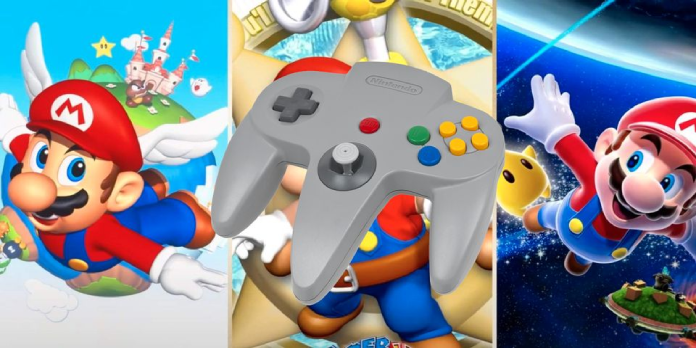 In a new update, support for the Bluetooth N64 controllers that are utilized with Nintendo Switch Online has been introduced to Super Mario 3D All-Stars.

A new update for Super Mario 3D All-Stars has included compatibility for the N64 controller from Super Mario 64. This was revealed in a tweet from Nintendo’s official support account. The Ver. 1.1.1 update includes N64 controller functionality, which is now available for download.

Super Mario 3D All-Stars has been upgraded for the second time since its release, with the first update allowing GameCube controller support in Super Mario Sunshine. Fortunately, the Joy-Cons for the Nintendo Switch and the Pro Controller, to a degree, can imitate the function of a Wiimote with their gyroscope controls. Thus Super Mario Galaxy still functions in a manner comparable to the original Wii version of the game.

When the N64 Expansion Pack and its initial roster of titles were unveiled, fans were disappointed to learn that Super Mario 64 would be included. They believed that this devalued the existence of Super Mario 3D All-Stars, which was already divisive due to Nintendo’s decision to make it available for a short period. In addition, because of the peculiar way Mario spins while travelling left or right, the controls for Super Mario 64 in Super Mario 3D All-Stars are difficult to grasp while using a Joy-Con or Pro Controller. However, the ability to utilize the N64 controller in Super Mario 3D All-Stars will help to ease some of these issues because players will be using the game’s original control scheme, which includes c-button controls for the camera and other features.

GTA Trilogy’s Physical Upgrade is Exclusive to Xbox, and Players Are...