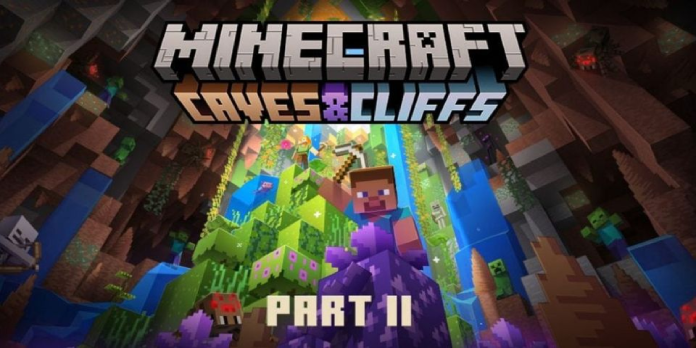 Caves & Cliffs Part 2 is the latest update for Minecraft 1.18, and it includes new biomes, mineral generation rules, and more.

Cliffs & Caves Part 2 is the most recent update for Minecraft, and it brings significant modifications to the game. In July, Minecraft update 1.17.10 brought some experimental features from Caves & Cliffs Part 2 and added new features to Caves & Cliffs Part 1. Those features and a slew of other new material are now available in full, offering gamers much to discover.

Cliffs and caves Part 1 introduced a slew of new features to the game, including the axolotl and glow squid, as well as new inventions like the lightning rod and spyglass. Because of the diverse types of material in each, the update is split into two portions. Part 2 is more focused on the world itself, with additional biomes and a larger global height, whereas Part 1 is more focused on new mobs, blocks, and crafting choices. Of course, new biomes come with their unique critters and blocks, so this should inspire even more innovation among Minecraft players who are already rather innovative.

An official Minecraft FAQ describes how the new update will interact with current content and includes links to the entire changelog. Dripstone Caves, Frozen Peaks, Grove, Jagged Peaks, Lush Caves, Meadows, and Snowy Slopes are the first of seven new biomes, and each occurs under its own set of circumstances is home to a diverse range of plant and animal species. Since the July update, players have been allowed to visit Dripstone and Lush caves, and some have taken advantage of this by giving beautiful train rides through their Minecraft worlds to those waiting for the complete release. The new content is designed to merge perfectly with the old, and according to the changelog, it is less “cliffy,” making it more accessible.

However, that is simply the tip of the iceberg in terms of the changes. Noise caves and aquifers are also included in Cliffs & Caves Part 2. Noise caves are a novel type of cave formation divided into three categories: a Swiss Cheese layout, long, wide bending tunnels, and thinner bending tunnels. Inside these noisy caves, aquifers produce bodies of water, which can result in underground lakes (there can also be lava aquifers). Changes to ore creation have also been made, making different ores more likely to be found at different layers than the prior “one optimum level for all ore” technique.

There’s plenty to keep gamers occupied until the next update, dubbed The Wild Update, arrives, which will add even more biomes and creatures to Minecraft. Minecraft offers a wide range of block-themed outdoor experiences, from the simple joy of exploring a snowy mountain to the horror of the forthcoming Deep Dark. Caves & Cliffs Part 2 smoothly immerses gamers in new twists on some existing places. It’s out now and ready to be discovered.