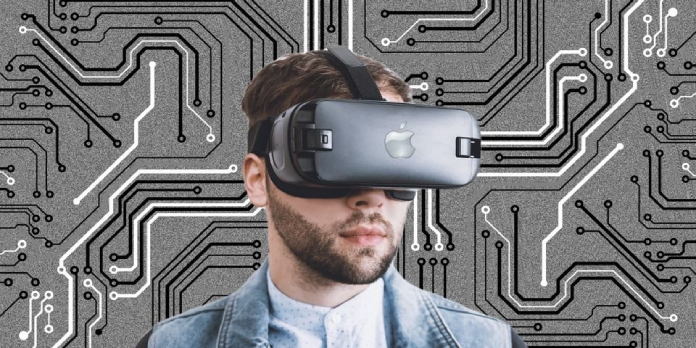 Apple’s much-anticipated AR/VR headset is plagued by a slew of hardware and software difficulties, delaying its release until next year.

Apple’s much-anticipated AR/VR headset is plagued by a slew of hardware and software difficulties, delaying its release until next year. The device was speculated to be unveiled last year and then again at the WWDC (Worldwide Developers Conference) in June, with a possible release date in 2022. It will include three panels, with at least two of them being Sony’s high-resolution micro-OLED screens created exclusively for VR. The third will be an AMOLED display with a lesser resolution.

Apple’s impending AR/VR headset has been anticipated for a long time, with various concept images attempting to predict its appearance. There’s also the possibility that the device won’t require additional controllers instead of relying on TrueDepth technology to recognize hand and finger gestures and generate a virtual controller. Instead, it is intended to concentrate on gaming, media consumption, and communication in general.

According to a new rumor from Bloomberg, Apple’s planned AR/VR headset may be delayed by “at least a few months” due to overheating difficulties. In addition, the camera on the gadget is reportedly having unidentified issues, and there are other software issues that the business is seeking to resolve. As a result, the device appears to be facing too many challenges, maybe delaying its release till the end of this year or, more likely, next year.

Support for AR/VR Headsets in iOS 16

The issues appear to result from using a high-performance processor within the headset while attempting to keep the wearer at a reasonable temperature. Indeed, the issues are too critical and complex to be resolved in time for the device to be released before the end of the year. According to the article, Apple has already informed its supply-chain partners that the smartphone will not be released until 2023. However, the firm is still requesting that manufacturers have devices available by the end of this year so that the launch may proceed smoothly next year.

According to Bloomberg, Apple may still reveal certain technical details about the headset and its software at WWDC 2022 without revealing the gadget itself. According to reports, Apple is working on support for its future headset in iOS 16, which is expected to be presented at the next WWDC in June, necessitating some headset-related announcements. However, for the time being, and assuming the details are right, Apple’s new headset will not be available in stores until sometime in 2023.