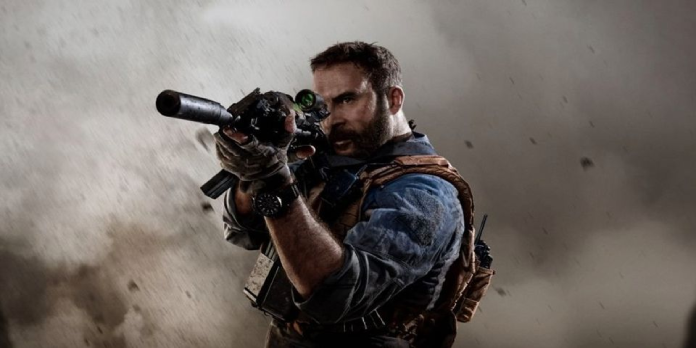 Due to the dismal sales of Vanguard, Call of Duty 2022, which is thought to be a Modern Warfare sequel, could be released in October 2022.

Activision may choose to release Call of Duty 2022, which is thought to be a successor to 2019’s Modern Warfare, earlier than intended. According to an industry insider, maybe due to low sales of Call of Duty: Vanguard. For most of the franchise’s 18-year history, every Call of Duty game has been released in early November every year. Although a few titles have been released in October, the November release window has proven to be the most successful for the franchise. It releases right before Black Friday and is primed to dominate the holiday season.

There have been plenty of rumors about Call of Duty 2022, dating back to before the release of Call of Duty: Vanguard in 2021. The new installment will purportedly follow Task Force 141 in an attempt to overthrow Columbian drug gangs, diverging from the original series’ global disasters. While the original trilogy dealt with a war-torn America, nuclear weapons, and political upheaval, this new reported Modern Warfare spinoff will tone things down. The next game has yet to be formally revealed by either Activision or developer Infinity Ward, but it won’t be long until fans learn more.

Tom Henderson, a leaker, said on Twitter that Call of Duty 2022 will be disclosed this summer, as is customary, and that it may be released sooner than planned. Following the weak sales of Call of Duty: Vanguard, the leaker reports that Activision may release the game in October rather than November. To tie everything together, Activision is planning a major upgrade for Warzone following the release of Call of Duty 2022. It’s uncertain whether this will be another new map or something entirely different.

As expected, it's looking like this year's Call of Duty title, Modern Warfare II (2022), will be revealed in the summer.

Hearing rumblings that the title could release in October due to Vanguard's poor sales performance, with a "big" Warzone update coming soon after. pic.twitter.com/3x8Qw2Eryp

The dismal sales of CoD: Vanguard may be a factor in why the next game in the series will be released sooner rather than later since it will help win back those who were disappointed with the game. Call of Duty: Black Ops 4 was published in October 2018, making it the first game in the series since Call of Duty 2 in 2005, not to be released in November. This was ostensibly done to avoid a clash with Rockstar’s Red Dead Redemption 2, which came out a few weeks later. Activision returned to October 2019 with Modern Warfare, but the publisher’s reasoning for doing so isn’t obvious.

Also See:  Cortana Disappears When You Click on It? Here’s the Fix

Many gamers are currently dissatisfied with Call of Duty owing to the game’s performance, bugs, and glitches. Thus Activision will likely need to find a means to win back followers. Maybe Infinity Ward’s return to the beloved sub-franchise will be enough to sway fans, but it’s possible that it won’t. Many faults are plaguing numerous Call of Duty games, and Vanguard’s rushed debut didn’t inspire hope among those who had already doubted the series’ viability. It remains to be seen whether Call of Duty 2022 can turn the tides, but if Henderson is true, Activision may be adjusting its strategy to make it work.