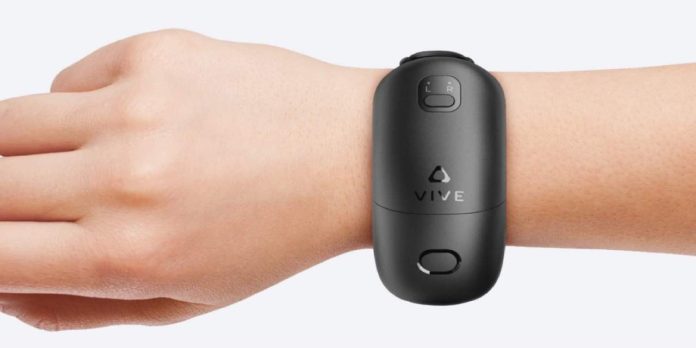 The fact that the Vive Wrist Tracker isn’t just attached to your wrist is part of what makes it so cool. You’ll also be able to link the tracker to other objects in the virtual world, such as toy weapons, wrenches, and whatever else you desire. It’s a clever notion that should help you make your VR experiences even more lifelike by allowing you to interact with real-world objects.

The Wrist Track, according to HTC, will be able to predict motions even when the headset cannot see them. It will also correctly track your arm’s location when you bend your elbow and more while being worn on your wrist.

HTC’s Wrist Tracker will allow users to track small things more precisely, such as a ping pong paddle or a wrench. This provides for a deeper level of immersion in specific environments. Unfortunately, you’ll need an optional add-on to connect the tracker to those gadgets, but HTC says it’ll release a 3D CAD for anyone who wants to make their docks or harnesses. The Vive Wrist Track will be released in early 2022 and will cost $129.