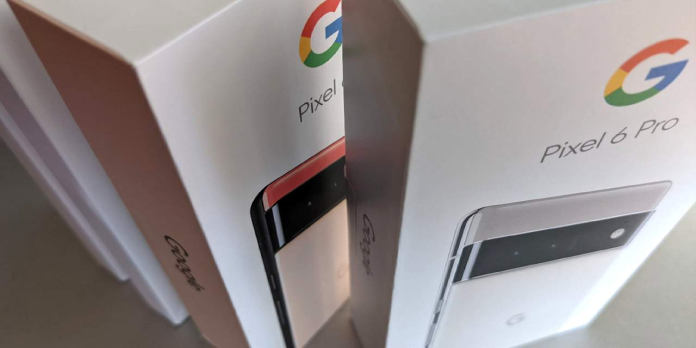 Google has confirmed the newest Pixel Feature Drop, promising new security, convenience, and other features for phones dating back to the Pixel 3a. The new Snapchat integrations with the Android camera and the activation of ultra-wideband on the newest Pixel 6 Pro were previewed in part at Google’s major Pixel presentation in October.

Google previewed its new Quick Tap to Snap functionality in October, allowing users to access Snapchat right from the lock screen. If you’re a Snapchat user with a Pixel 4a 5G or newer, you’ll be able to open the photo-centric social network by pressing on the rear of the phone.

It’s important to note that convenience comes with some security concerns. Because Quick Tap to Snap bypasses any phone lock, anyone with access to your Pixel can use it to access the Snapchat camera. Meanwhile, a new Pixel Face lens, which is only available on Pixel phones, will be launched to Snapchat later this month.

The Pixel 6 Pro’s new radio is used in terms of ultra-wideband. With this feature is enabled, Nearby Share’s functionality is enhanced, allowing for faster file and media transfers between compatible devices. Digital car key functionality also comes to the Pixel 6 and Pixel 6 Pro, but only if you have a specific 2020-22 BMW model in certain regions.

If you have one, you can unlock the car by tapping your Pixel against the door handle, then use the phone to turn on the ignition once inside. It was previously only available on iPhones, but it’s now available on the Pixel 6 and 6 Pro (together with the Samsung Galaxy S21/S21+/S21 ultra) in the United States, the United Kingdom, France, Germany, Italy, Spain, and other chosen countries.

New options are available in other places. On a Pixel 3 or newer, you can now customise the length of time it takes to call the Google Assistant by long-pressing the power button. Pixel Buds A-series users get more granular bass control and a more comprehensive adjustment range.

Car crash detection is now available in France, Italy, and Taiwan as an optional extra. If the phone detects a crash or other problem, it can automatically alert emergency services. Recorder, too, is getting some new localization features, including transcription in French, German, and Japanese.

Also See:  Google brings Android games to Windows PCs, but not everyone will be able to play them

As part of International Day of Persons with Disabilities, a new set of three wallpapers has been added due to a cooperation with Dana Kearly. If you like Now Playing, which can recognise songs in the background and name them on the lock screen, you can now save the current tune to your favourites by tapping the musical note symbol next to the result. Rather than uploading any audio to the cloud, identification is made entirely on the device.

The new Feature Drop will be a free update over the following few weeks. The new functionality will be available to Pixel 6 and Pixel 6 Pro owners starting next week. Which features your Pixel will get and whatever it won’t depend on which version you have; Google provides a list on their help site that covers everything.