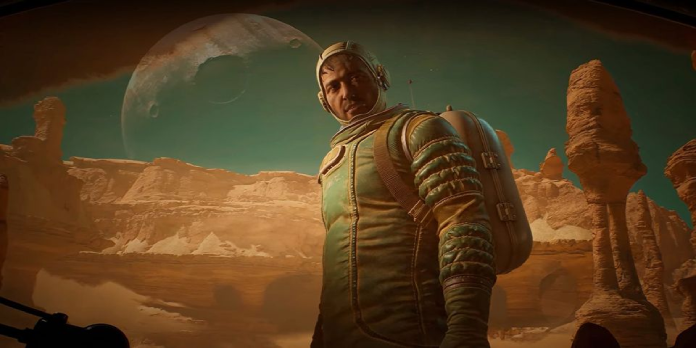 A retro-futuristic motion tracker is reminiscent of the equipment from Alien: Isolation appears in the teaser for Starward Industries’ forthcoming title, The Invincible. Since The Invincible’s unveiling last year, few details have been disclosed, but the new teaser raises several intriguing concerns regarding the game’s premise and gameplay.

Apart from the locale and broad narrative, little is known about the title so far. The Invincible is set in a retro-future timeline comparable to that of the Fallout universe but without the apocalypse. Dr Yasna, the protagonist, arrives at the lonely planet Regis III utilising 1950s-style technology and must use her wits and equipment to locate her lost crewmates.

According to the developers, the game will have a non-linear scenario with branching stories, similar to Dying Light 2, but little else has been released. The Invincible is based on the same-named novel by Polish novelist Stanislaw Lem, but the game will take liberties to accommodate several player routes.

The trailer produced by Starward Industries does not reveal the plot of the game, but it does give fresh information about the universe in which it is set. Dr Yasna is shown ascending to the top of a cliff overlooking the outpost below and the planet’s bleak, Mars-like terrain.

Also See:  The Most Completed Games in 2021 Were Resident Evil Village and Metroid Dread

While the plot of The Invincible remains a mystery, the game’s developer’s background provides some insight into the game’s potential. Many of the personnel of Starward Industries were previously employed by CD Projekt RED, where they worked on titles such as Cyberpunk 2077 and The Witcher series. The Witcher, in particular, appears to be a lot like The Invincible. Both are single-player experiences with branching storylines that emphasise the storey within the game, and both are based on works by Polish authors. Even though The Invincible appears to be a first-person shooter rather than a third-person shooter, the inspiration is evident even from the few details that have been released about the game.

The Invincible is set to be released in 2022, and the mystery surrounding it is intriguing in and of itself. Nothing is known about the game’s gameplay for those unfamiliar with Stanislaw Lem’s work, and the plot remains a mystery. Although The Invincible is Starward Industries’ first game, its team has a long track record in the business. The Invincible could be a fitting successor to The Witcher and other games that have come before it if it lives up to the fascinating indications that have been given about it.