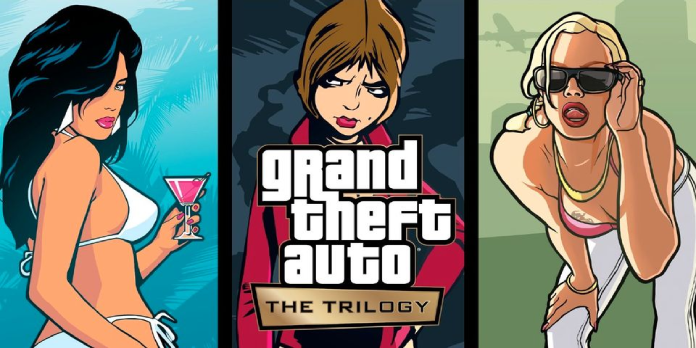 After the announcement of Grand Theft Auto: The Trilogy – Definitive Edition, the Rockstar Games website crashed. The upcoming release was widely rumored and leaked in the days leading up to its announcement on Friday, making it something of an open secret. Rockstar Games has announced that remasters of the GTA trilogy will be released later this year for most modern platforms, including the Nintendo Switch, PC, and mobile, and the news has gone over well with gamers online.

Grand Theft Auto 3, Vice City, and San Andreas are expected to get several graphical and gameplay improvements in the GTA: The Trilogy remasters. The games are being released to commemorate the 20th anniversary of GTA 3, which launched the series into its now-famous 3D sandbox formula. The reveal of these remasters had been heavily rumored for the better part of the year, so the official confirmation was eagerly awaited. As a result, once the news broke, eager fans appeared to have crashed Rockstar’s website.

For at least 15 minutes, the Rockstar Games website was down after releasing a blog post detailing the remasters. The site only redirects to an internal server error page. In the post, Rockstar confirmed that the original GTA trilogy would be removed from digital stores, as well as tidbits not found elsewhere, such as a mention of the GTA remasters’ graphical and gameplay improvements. The site has since been restored, allowing users to access information once more. Still, the fact that it crashed at all may speak volumes about public interest in GTA: The Trilogy – The Definitive Edition.

With the GTA 3 20th anniversary coming up later this month, Rockstar will likely go into greater detail about GTA: The Trilogy at that time. The developer may reveal more information before October 22, but that date is a strong contender for releasing a full trailer and a more detailed blog post. The collection’s release date on consoles and PC has been set for 2021. There are rumors that the GTA trilogy will be released in November, possibly to fill the gap left by the PS5 and Xbox Series X/S re-releases of Grand Theft Auto V, which were delayed.

Also See:  Can’t Sync Emails on Windows 10? Here’s How to Fix It

The holiday competition doesn’t seem to bother Rockstar. The fact that interested visitors took its site down after a simple GTA: The Trilogy announcement probably bodes well for the collection. Since the critically acclaimed GTA 5 and Red Dead Redemption 2, Rockstar has grown its studio size and reputation to the point where many customers appear ready to buy the remastered games before more information is released.

Grand Theft Auto: The Trilogy – Definitive Edition will be released in 2021 on Xbox One, Xbox Series X/S, PS4, PS5, Nintendo Switch, and PC, and in the first half of 2022 on iOS and Android.